I hope you’ve enjoyed the travelogue series Eurasia chronicling my 1994 journey through Europe and Asia. It features some of the stories you’ll find in the upcoming travel memoir of the same name. Available in mid-2013, Eurasia will follow Kilimanjaro: One Man’s Quest to Go Over the Hill as the second book in the World Adventurers Series.

The maps below show the travel routes I took during the six-month, adventure-filled trip. I flew from the United States to Europe in February 1994, and then traveled around the continent until August 1994, when I visited Russia and China. The whirlwind tour left me with many a fun tale to tell, from encounters with royalty and colorful figures to memorable experiences and sticky situations along the way. 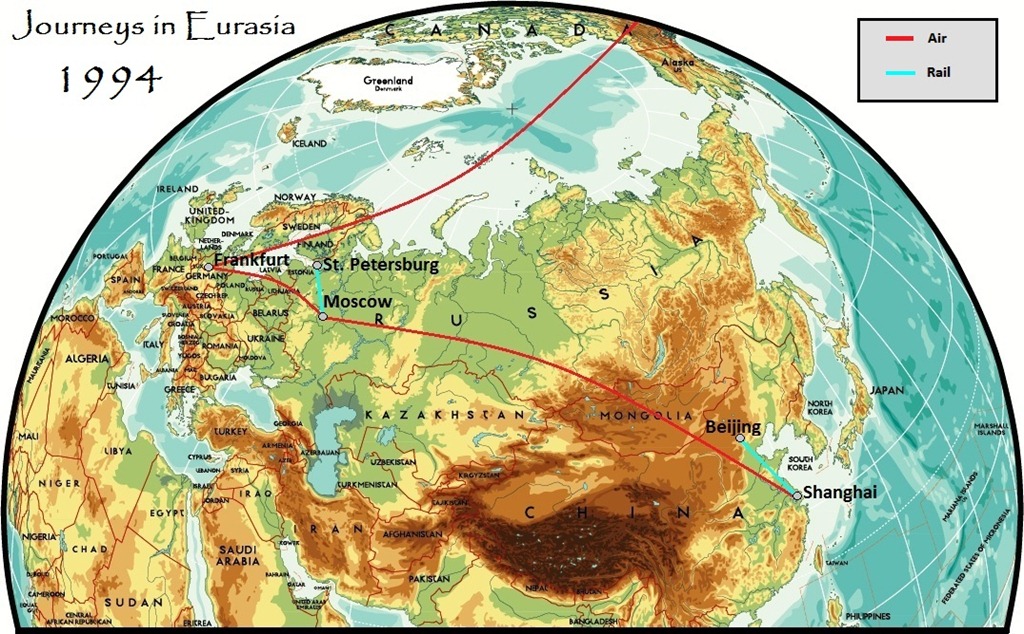 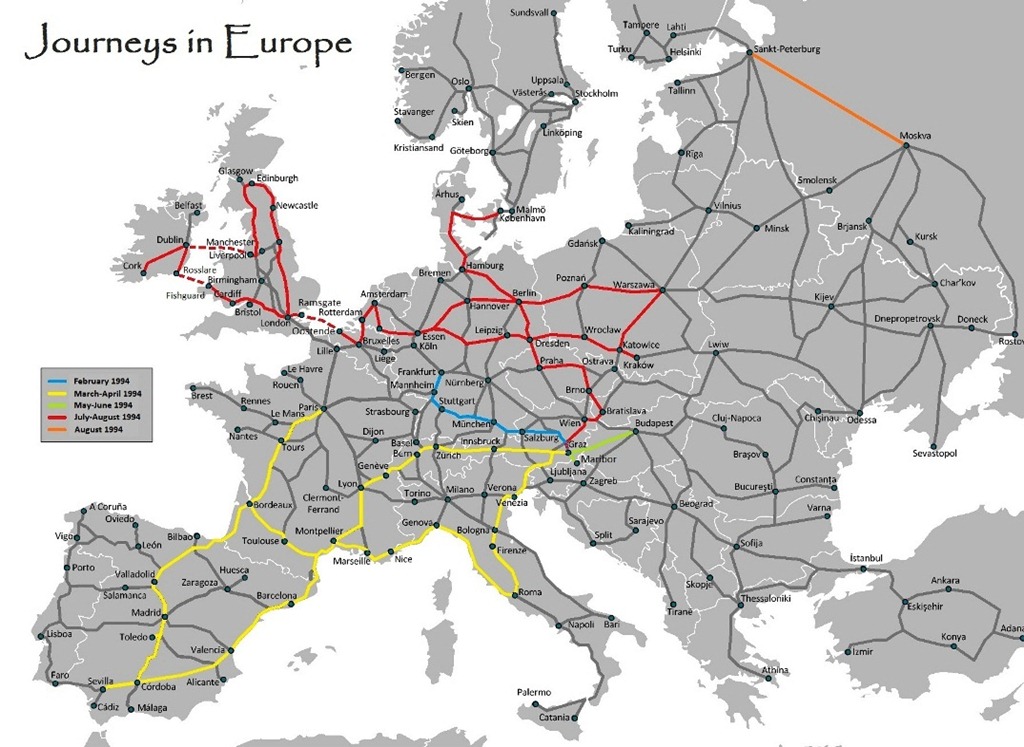