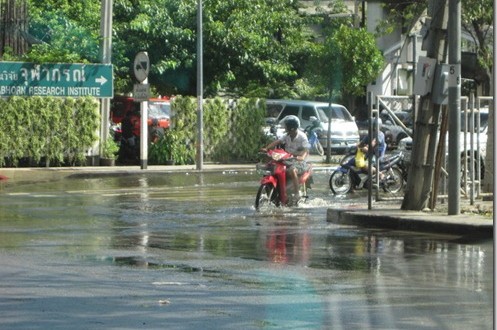 We drove October 29 on Chaengwatthana Road heading toward Don Mueang Airport in Nonthaburi Province north of Bangkok. As you may have heard, flight operations at the airport were cancelled until at least November 2 because of flooding, and the airport has become a giant shelter for thousands of flood victims. While we saw some flooding on Chaengwatthana, I’m cautiously optimistic that the situation there will soon be under control. I had heard that these areas were flooded, and the media painted a bleak picture of the flooding. We saw water on the street and some houses partially submerged, but other areas were dry, and the roads were generally passable. That doesn’t mean that we’re through this yet, but at least the situation appears stabilized. For now.

Of course, things could change quickly. Right now, 6 p.m. on October 29, is supposed to be the high water mark when the Gulf of Thailand pushes water up the Chao Phraya River. That could cause more flooding upstream. Also, it poured rain last night, which only made the situation worse. Some Bangkok residents, who are fed up with officials’ efforts to protect some areas while allowing others to flood, have taken matters into their own hands by destroying dykes and barriers. The Bangkok Post reported that residents destroyed a dyke on the Khlong Prapa (Waterworks Canal) in Pathum Thani. The canal, which feeds Bangkok’s water system, could overflow again. As of 3:30 p.m. today, the canal looked high but not overflowing.

Tomorrow I plan to look around central Bangkok and will take updated photos of the flooding in the center.

Here are photos we took in the Don Mueang area in Nonthaburi Province. These are the dry sections of Chaengwatthana Road. 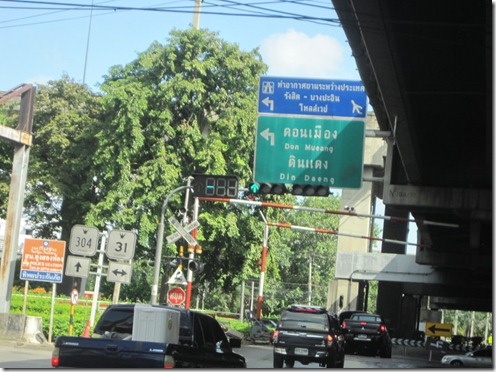 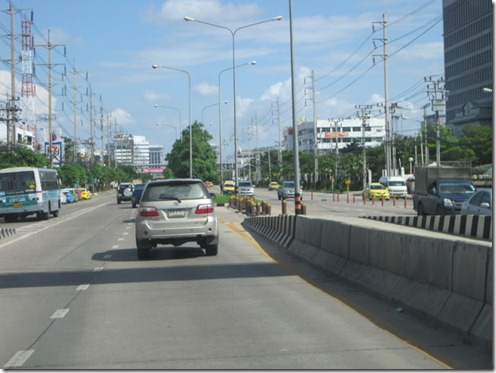 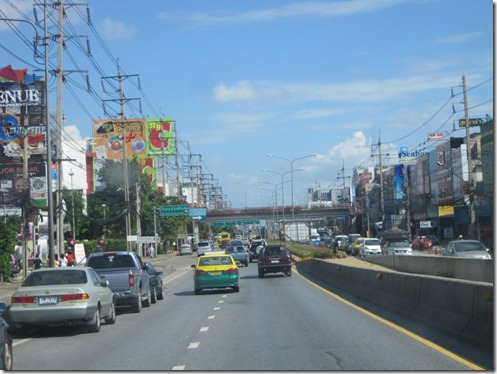 As we headed west toward the airport, the flooding started to creep onto the roadway. 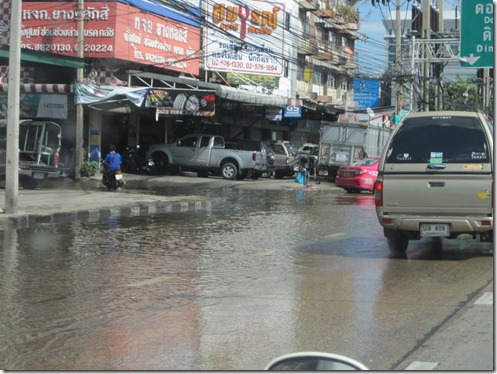 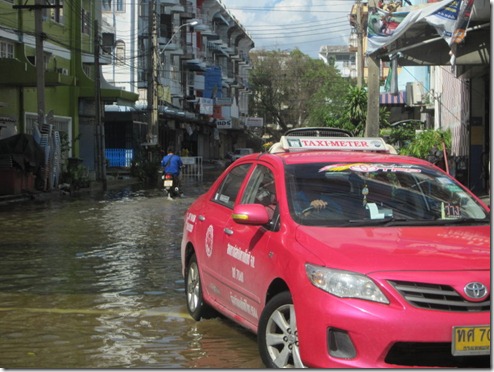 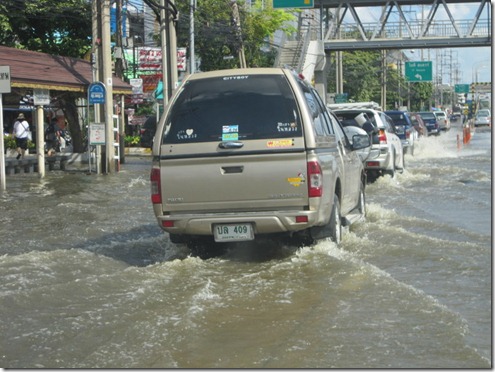 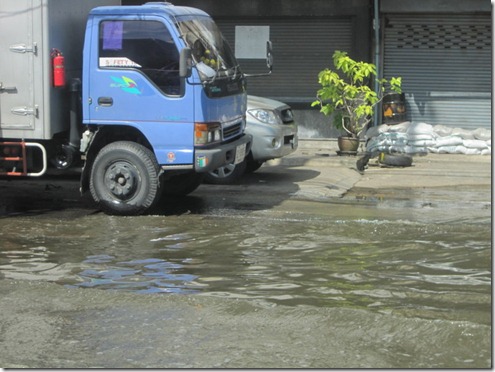 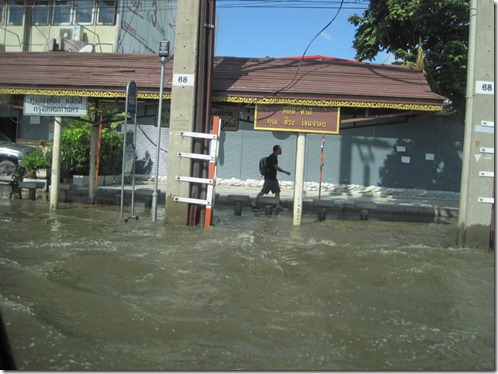 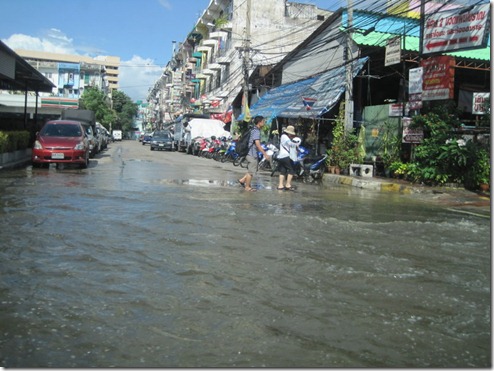 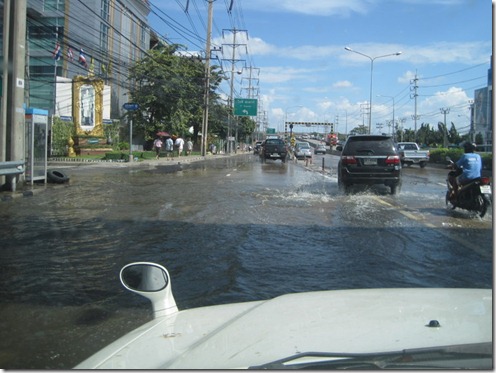 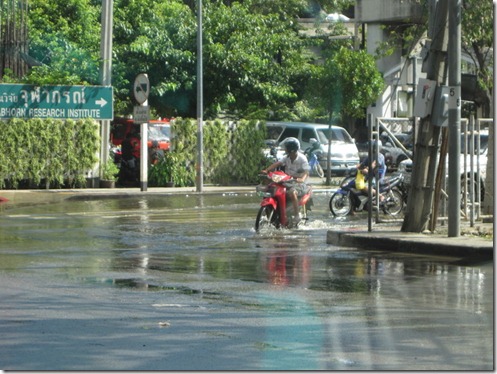