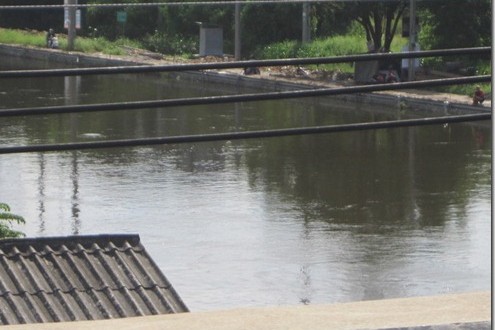 Here’s the second set of photos taken today on Chaengwatthana Road near Khlong Prapa (Waterworks Canal) and Government Complex in Lak Si. The road there was mostly dry. We saw some flooding in open spaces and among buildings with foundations below street level. Khlong Prapa was brimming with water but not overflowing, although the destruction of a dyke further north might raise the water level again. My own opinion is that the situation remained stable heading into the high water period tonight and tomorrow. 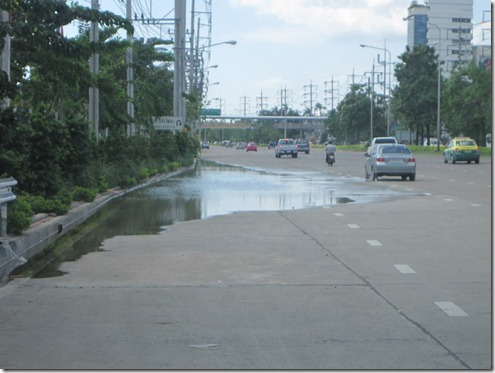 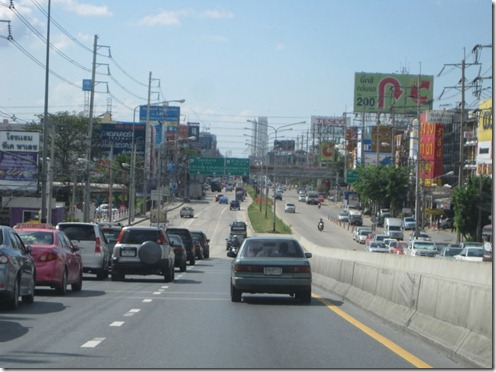 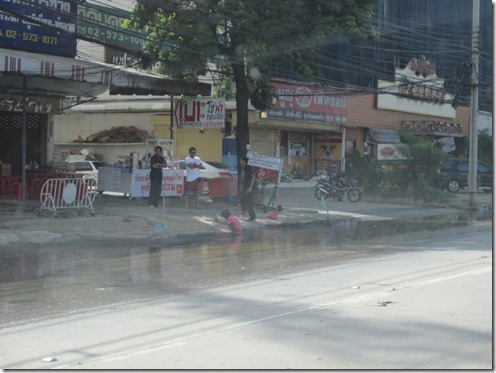 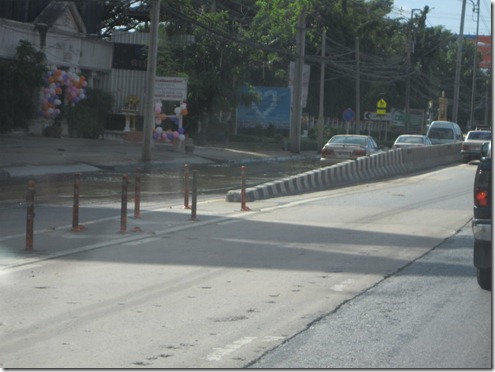 But there was a lot of flooding in residential areas below street level. These photos were taken near Government Complex, which was also partly flooded. 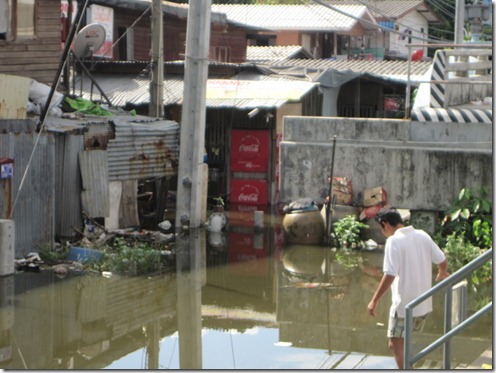 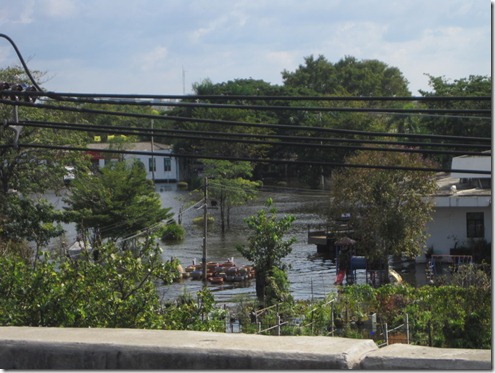 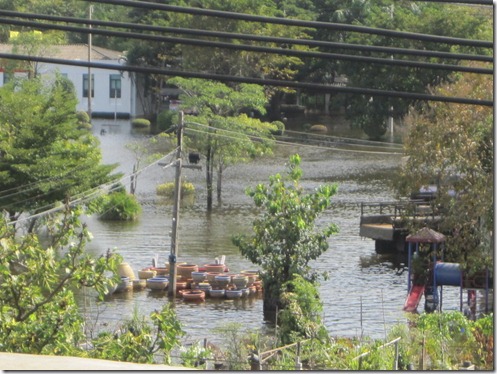 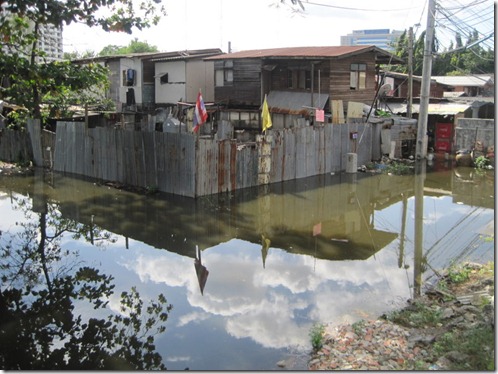 The water level at Khlong Prapa was high but not overflowing. 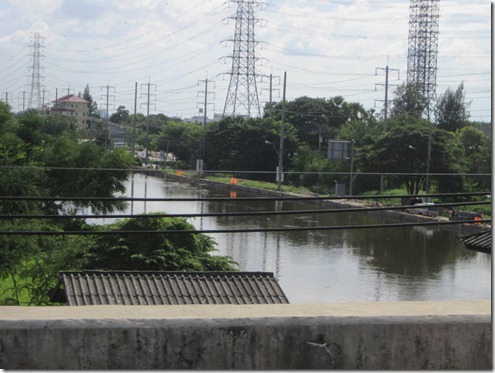 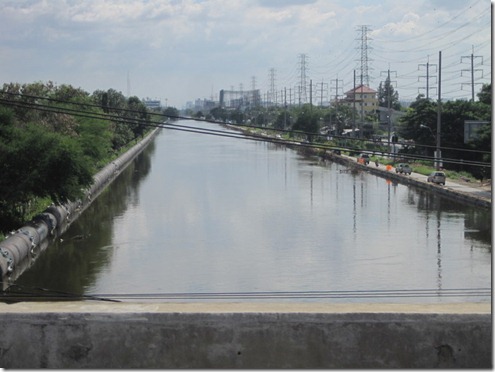 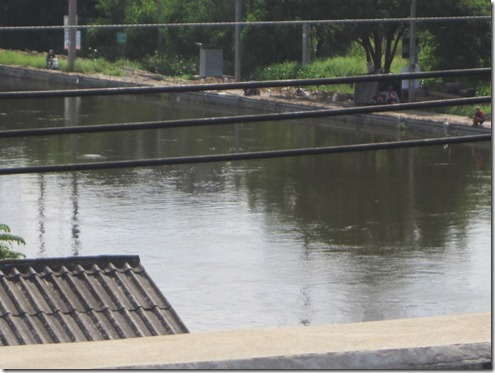