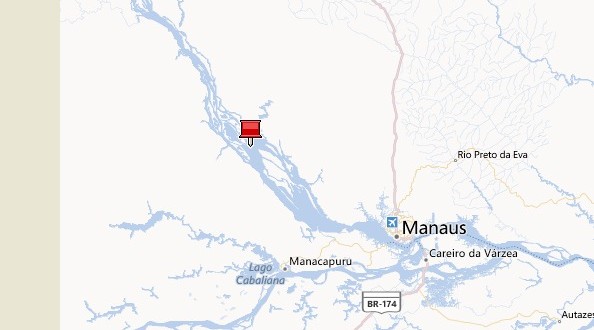 This is the third article in a series about the Amazon region of Brazil featured in my illustrated picture book, Alexander the Salamander. This one is about the Amazon River. Previous posts highlighted the city of Manaus, Brazil and piranhas, a well-known fish native to the Amazon. Upcoming articles will focus on the rainforest, indigenous groups and wildlife in the area, and the Amazon Ecopark, an eco-resort. Enjoy these travelogues with photos and stories from one of the world’s mightiest rivers.

The day after we arrived in Manaus, we boarded a small green wooden motorboat with our luggage and headed about 25 kilometers up the Rio Negro to the Amazon Ecopark. The aging vessel was driven by a kindly Brazilian man who spoke no English but smiled a lot and helped us with our baggage. My son, wife, and I were the only passengers on the watercraft designed to hold 12 people plus luggage stowed in the aft. I chuckled at the sight of our bags lounging with a bird’s eye view of the river. 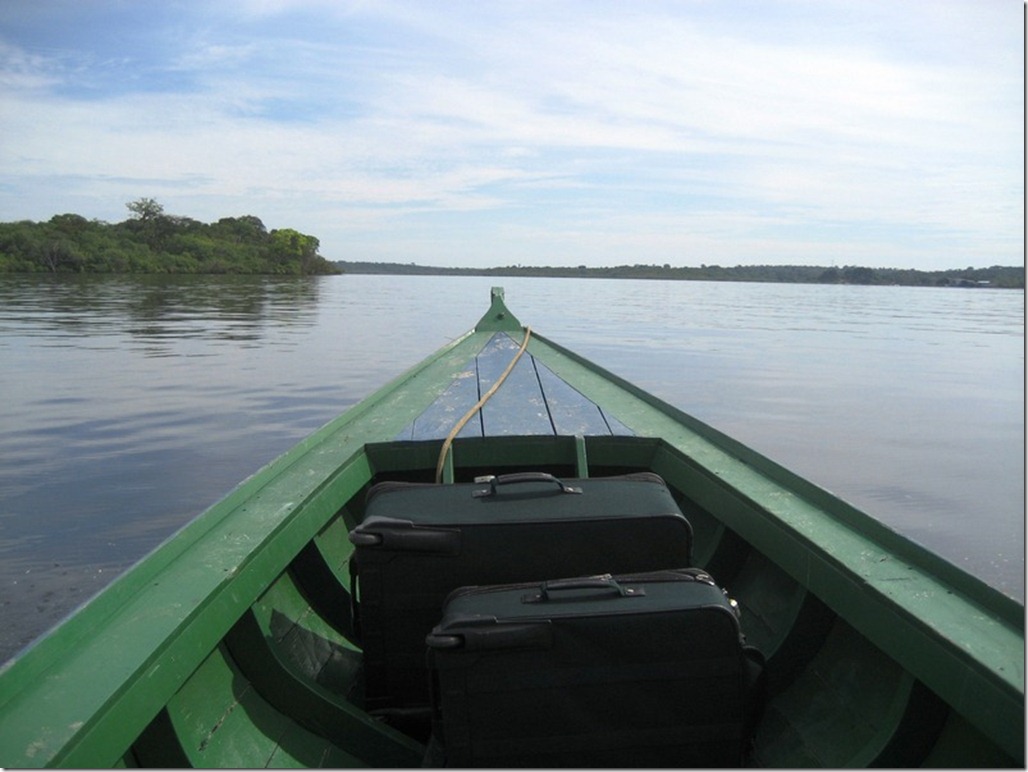 As the city of Manaus disappeared on the horizon, the rainforest surrounded us and left me transfixed on its emerald beauty. The wake behind the boat blended in artistically with the swirling clouds. 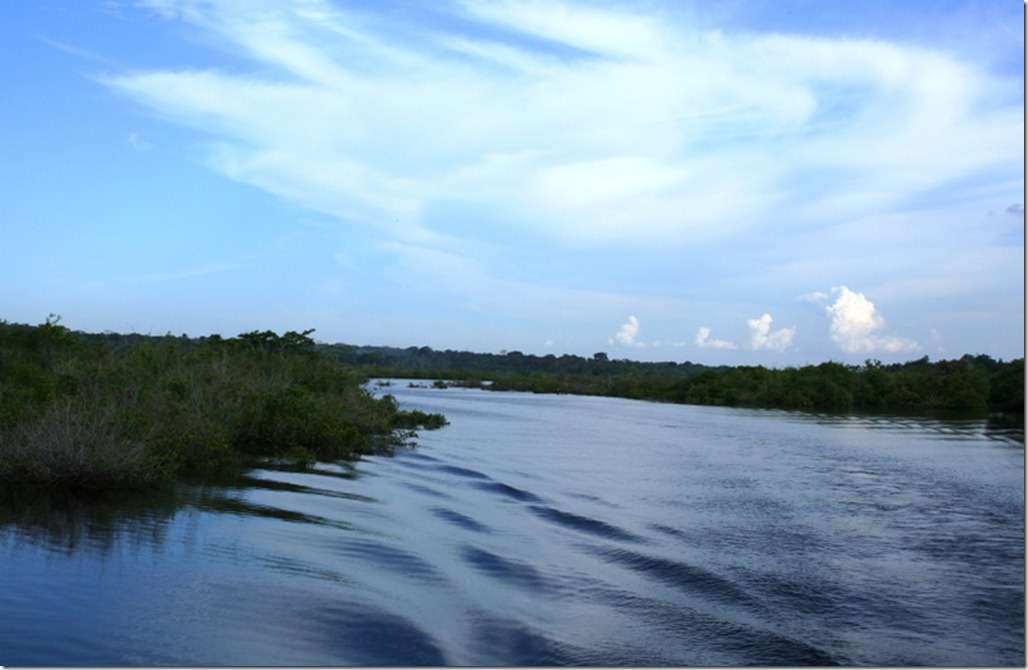 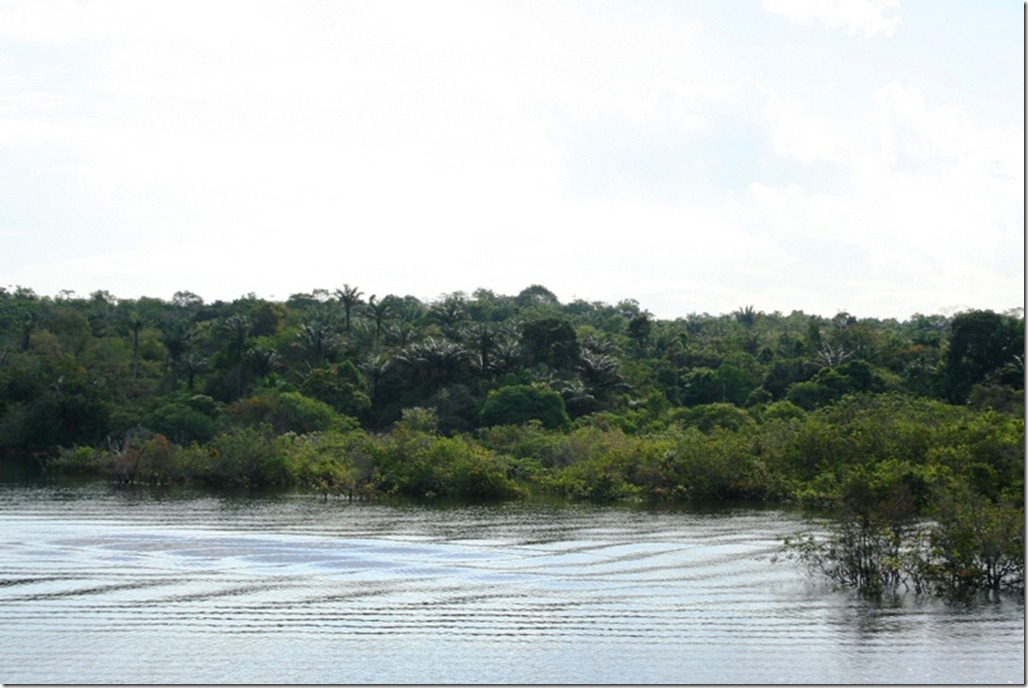 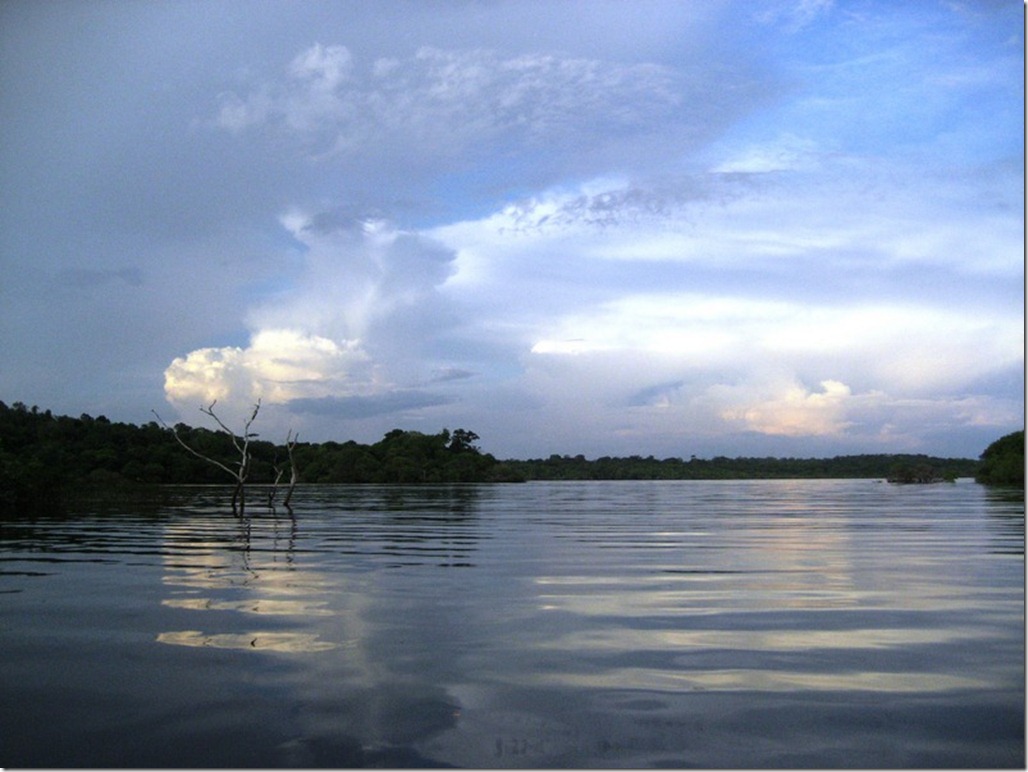 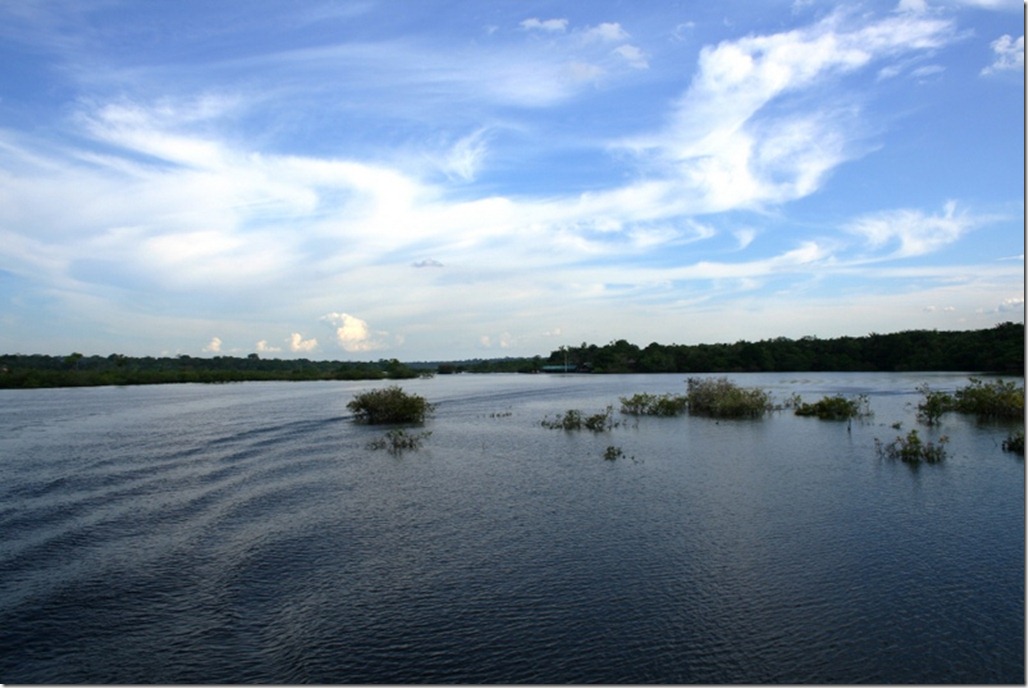 I’d seen other tropical forests, but the allure of the Amazon played with my mind and made the scenery utterly magical. The excitement of being in an almost-mythical place that I dreamed of visiting as a child grew as the boat glided deeper into the wilderness. 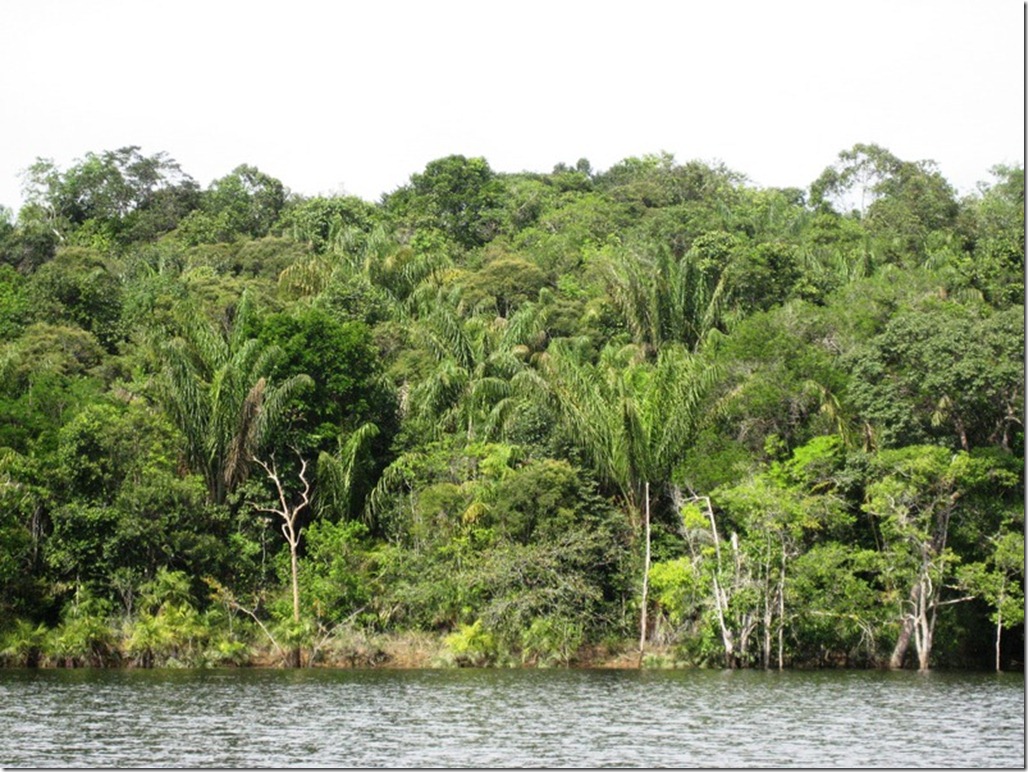 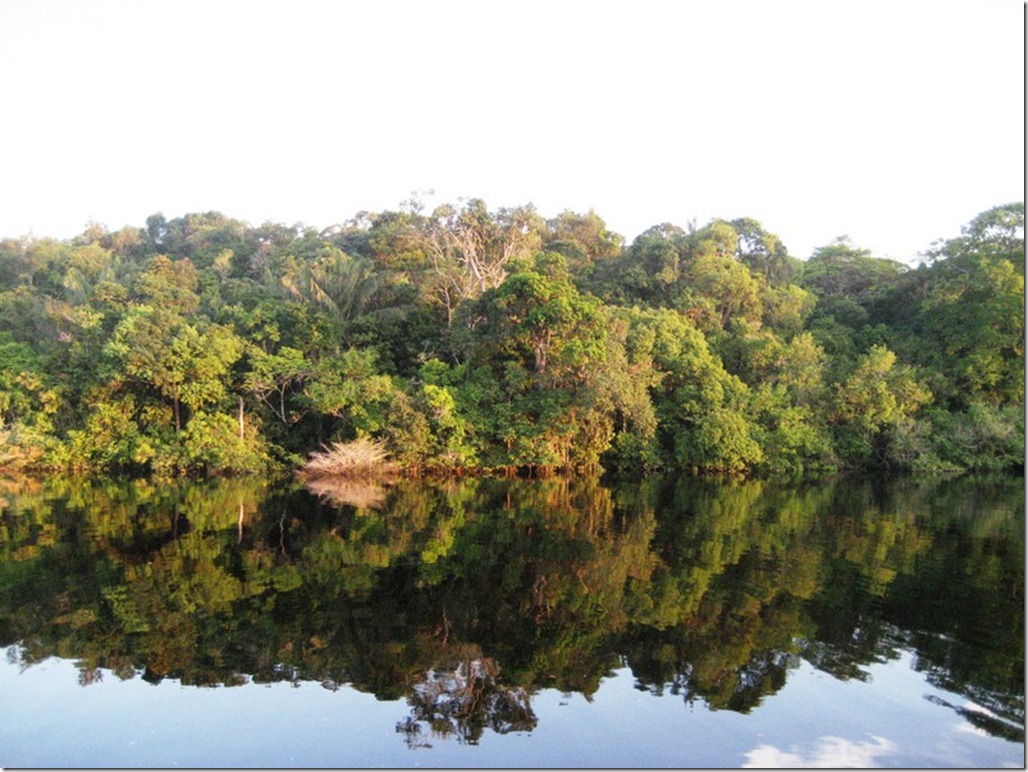 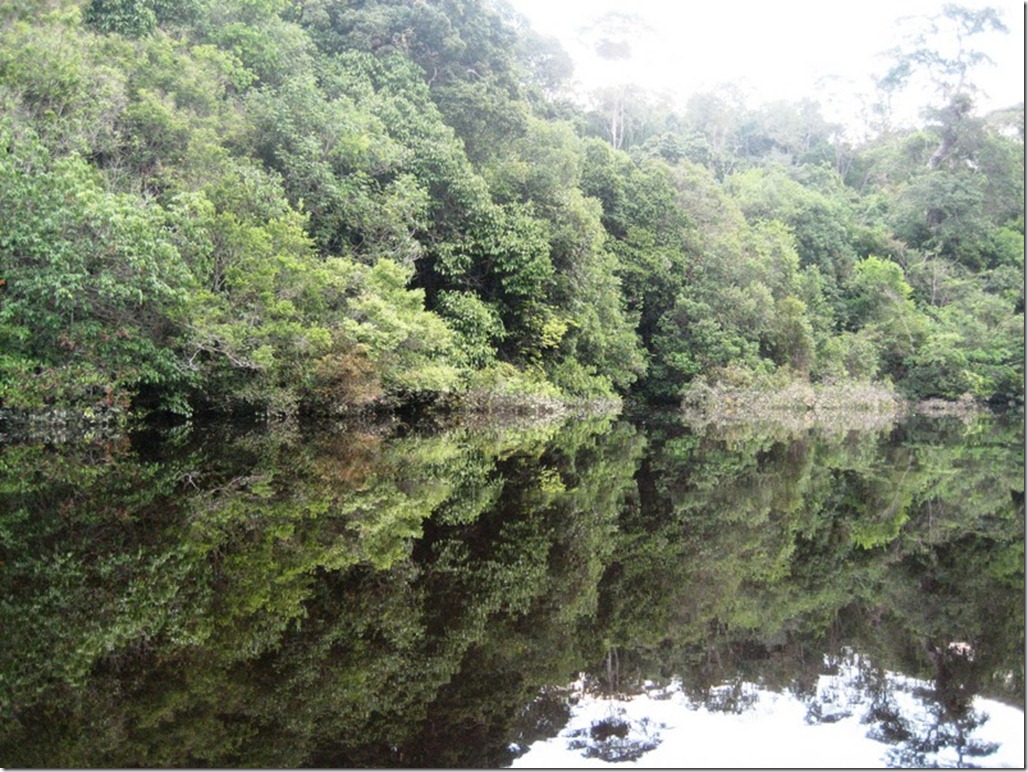 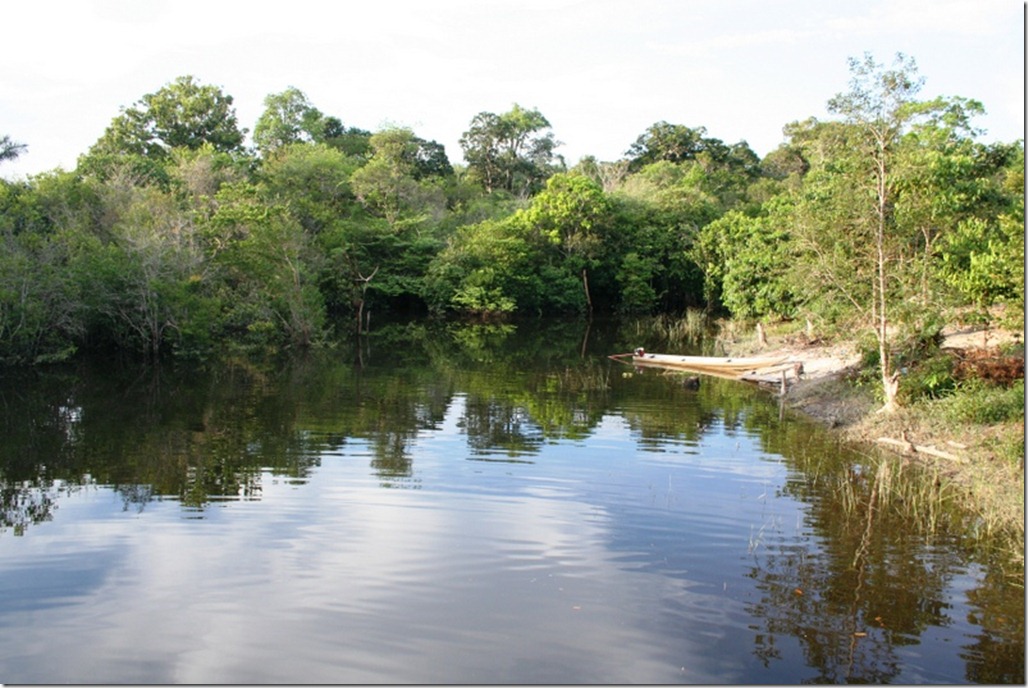 The occasional bungalow and sagging structure along the waterfront reminded me that we hadn’t quite left civilization behind. 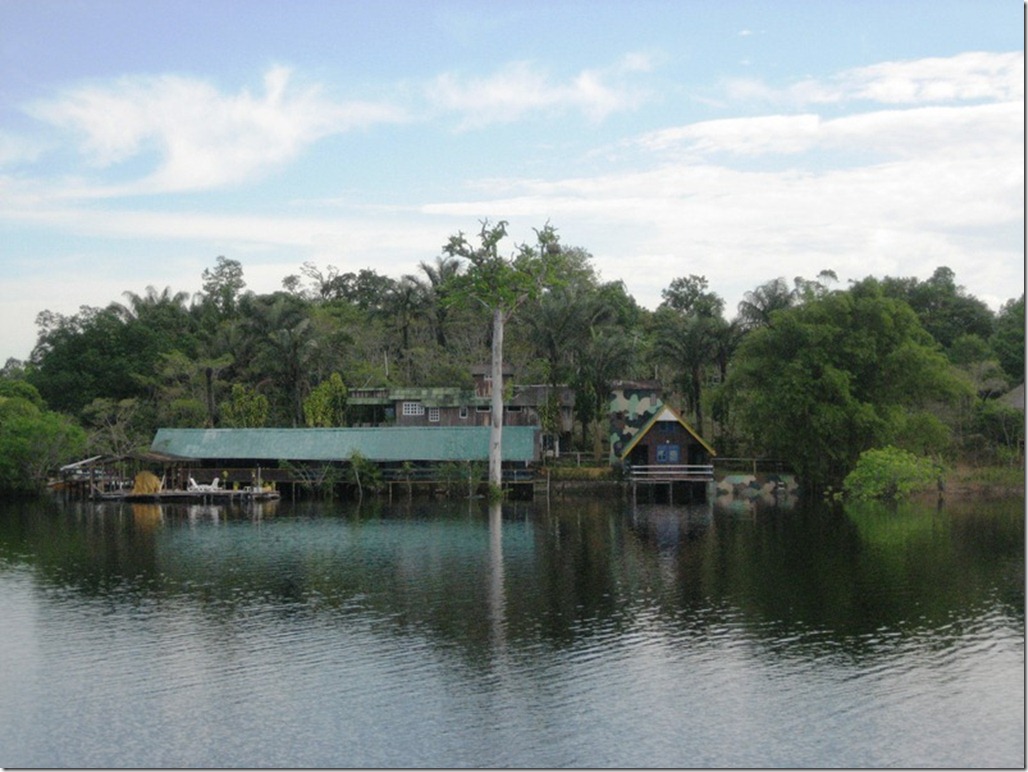 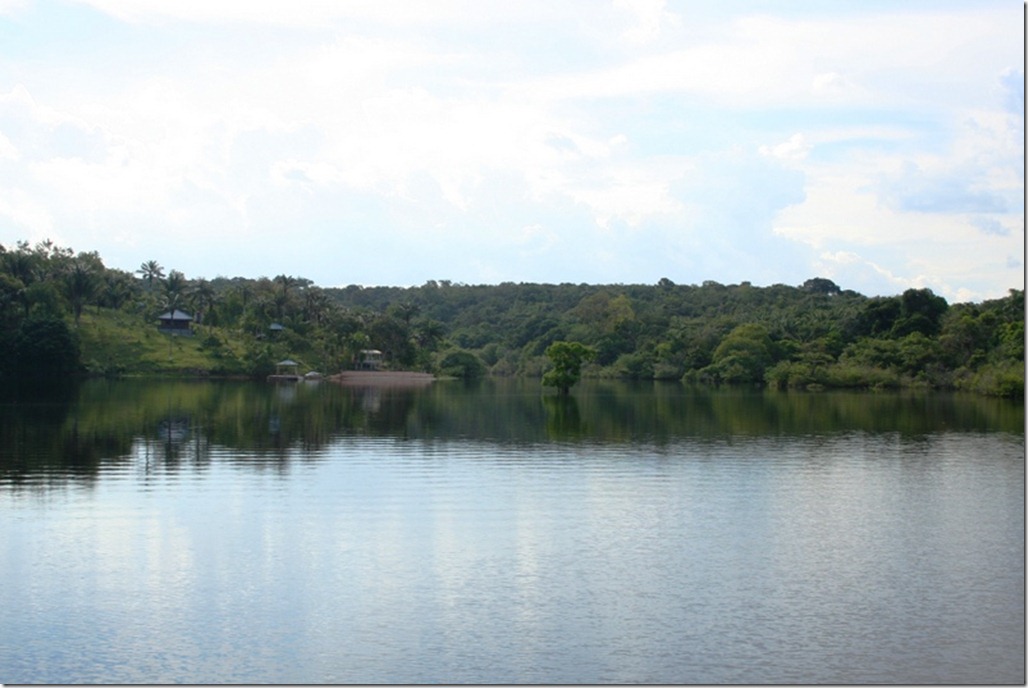 More powerful boats zipped by us, throwing waves in our path and jostling our craft. I dreaded to think what we would find in the river if we fell overboard. 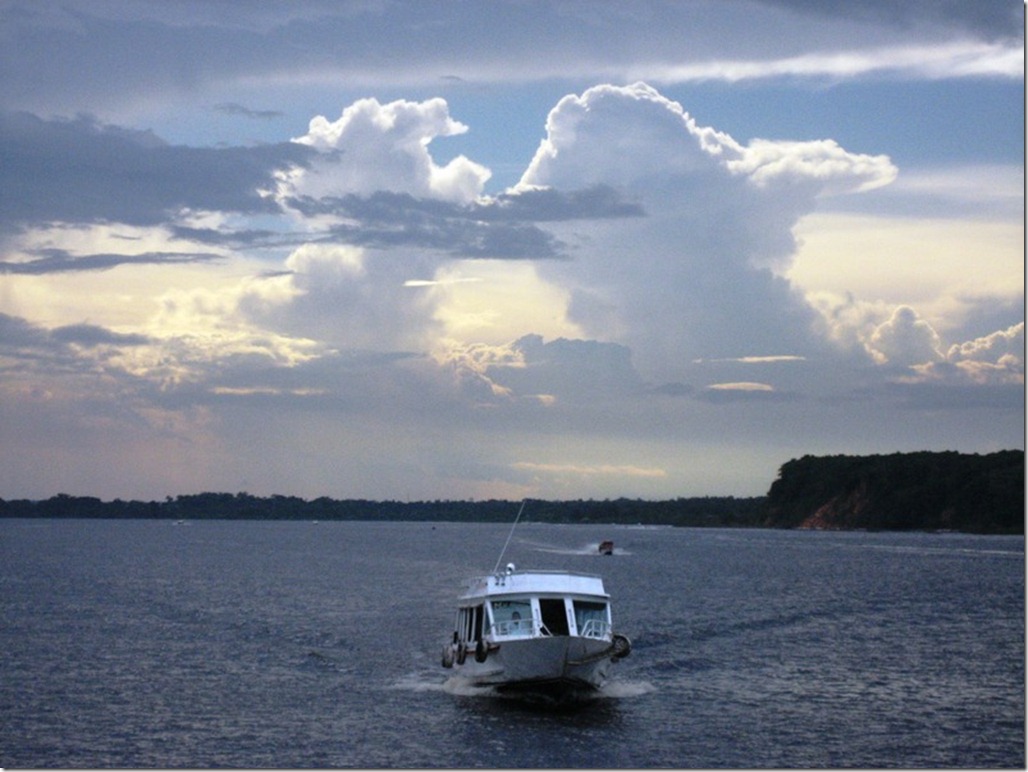 Half an hour later, the boat slowed and veered away from the Rio Negro into a channel that took us to our resort hidden in a cove. The calm, serene water mirrored the rainforest that pressed in on us from all sides. 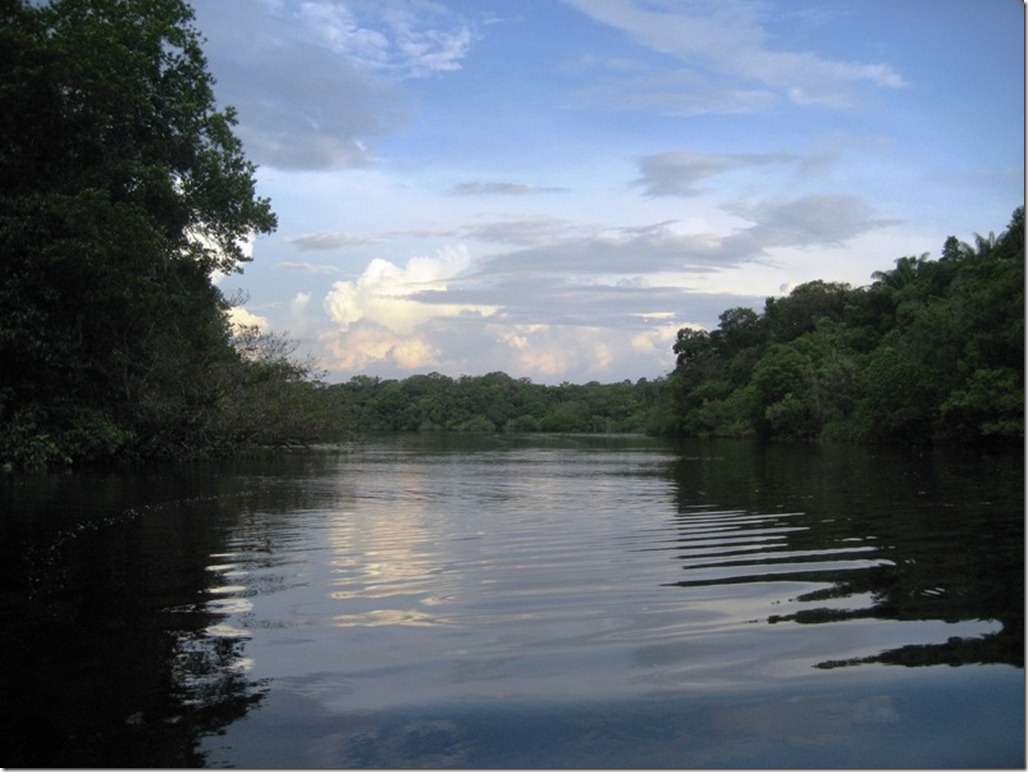 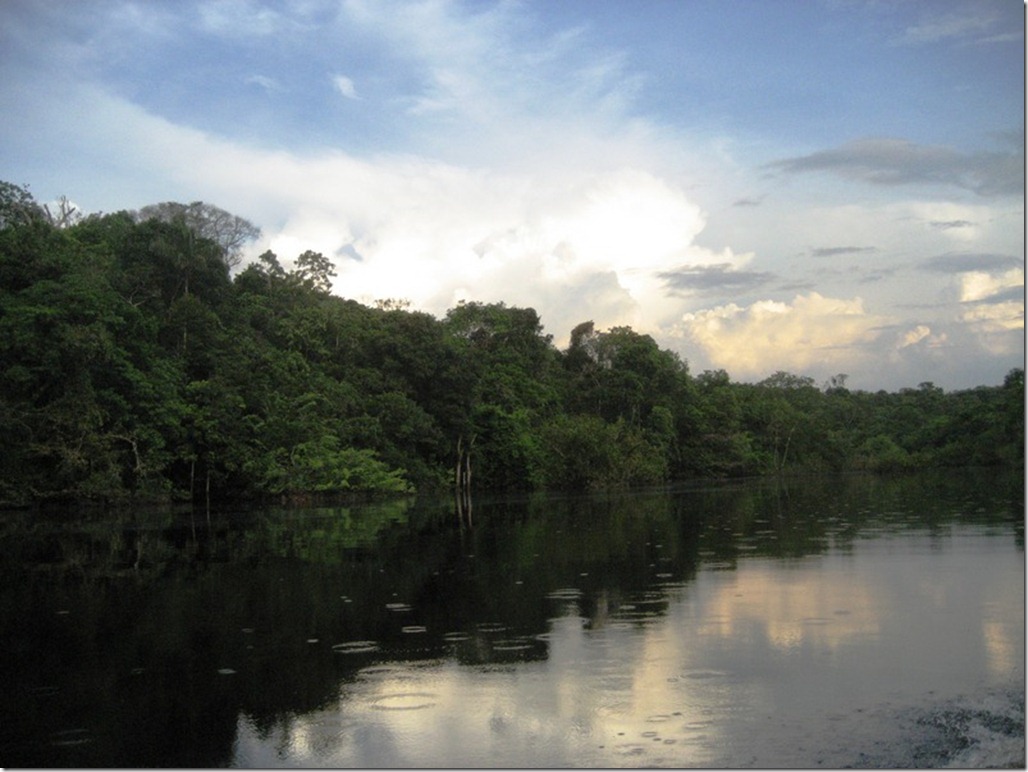 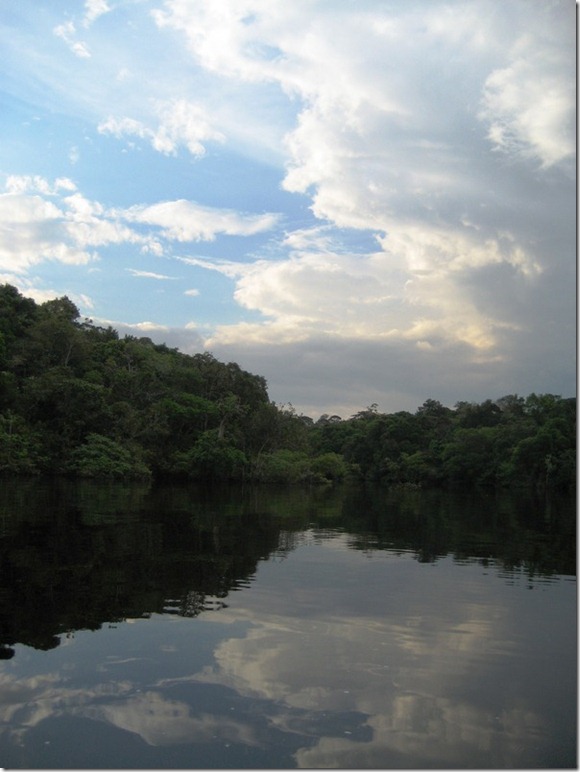 The afternoon faded and the sun set behind the trees, casting its golden rays through the breaking clouds. The shadows deepened, painting the landscape in dark hues that blurred the outlines of the sky, forest, and river. Aside from the rumble of the outboard motor that sounded taxed by the hour-long journey from Manaus, the jungle was quiet. Life was all around us, but the stillness was deafening when the motor cut out. 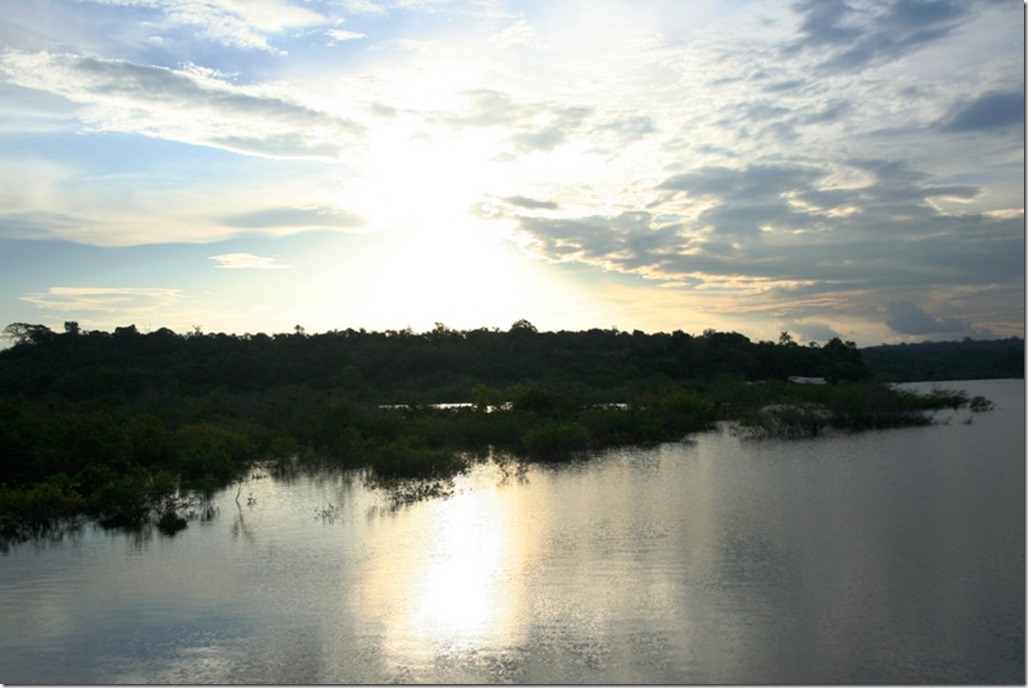 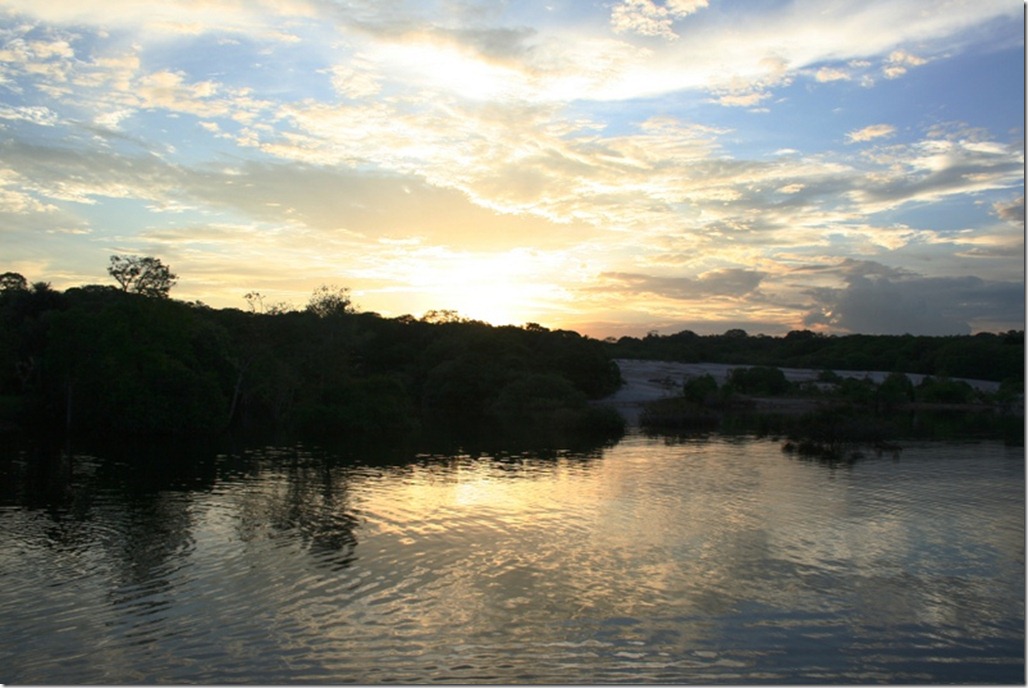 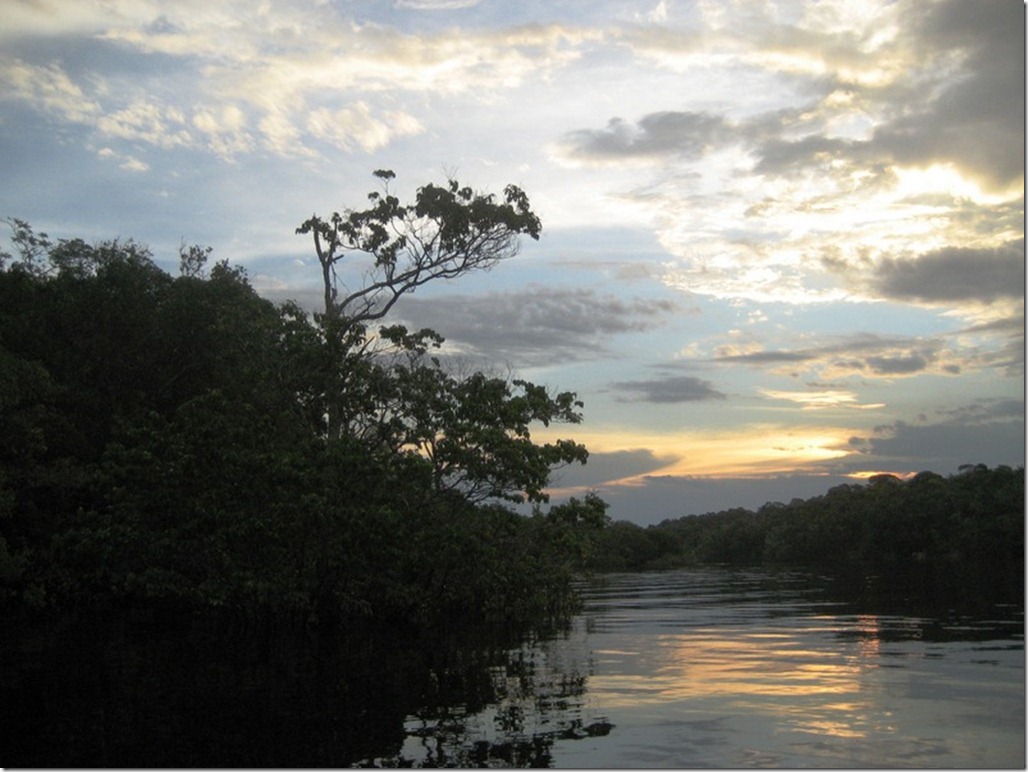 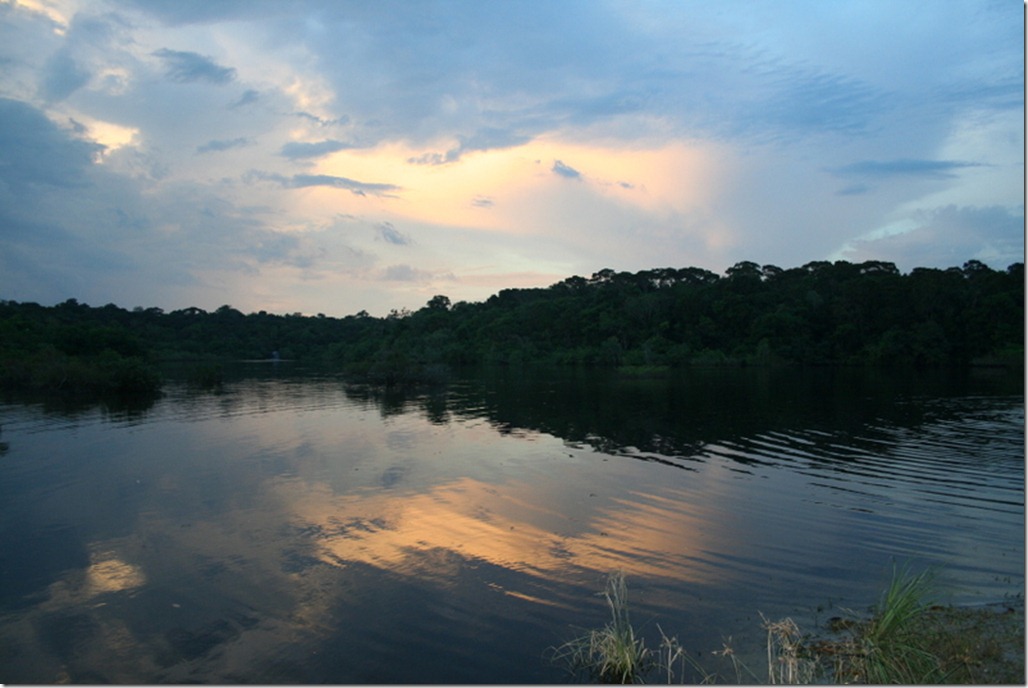 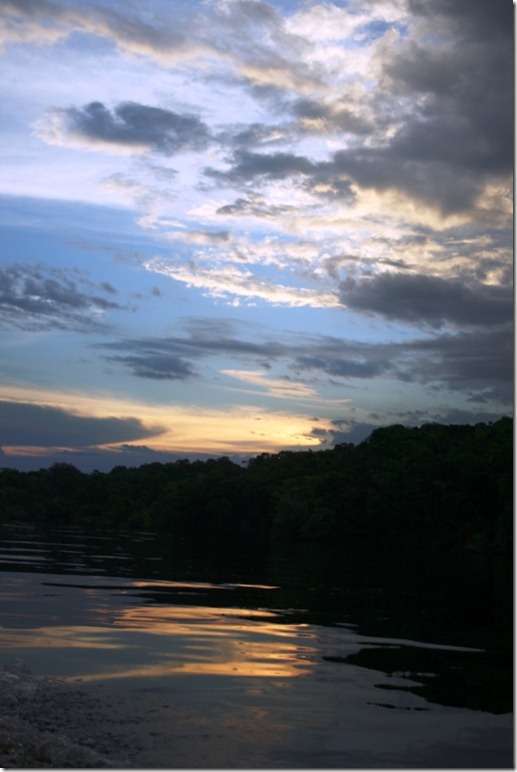 During our five days in the Amazon, we ventured up and down the lifeblood of the rainforest. The melding of trees, plants, wildlife, river and sky instilled a sense of natural harmony. I was grateful to have experienced this wondrous place in person, albeit as an outsider looking in. 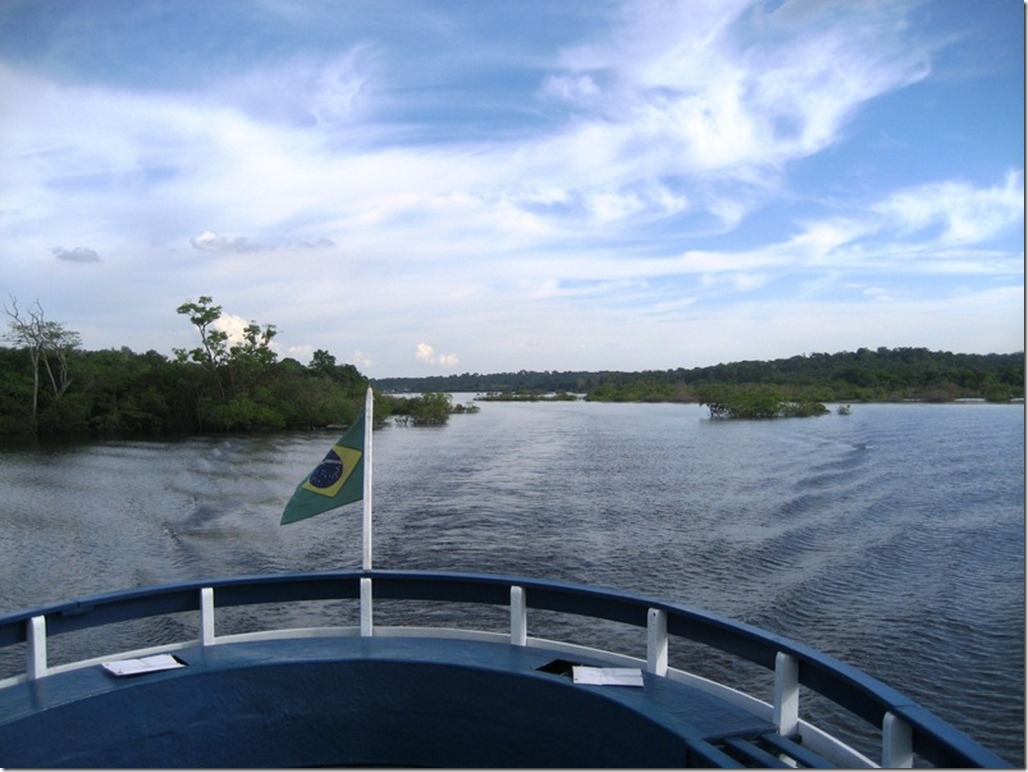 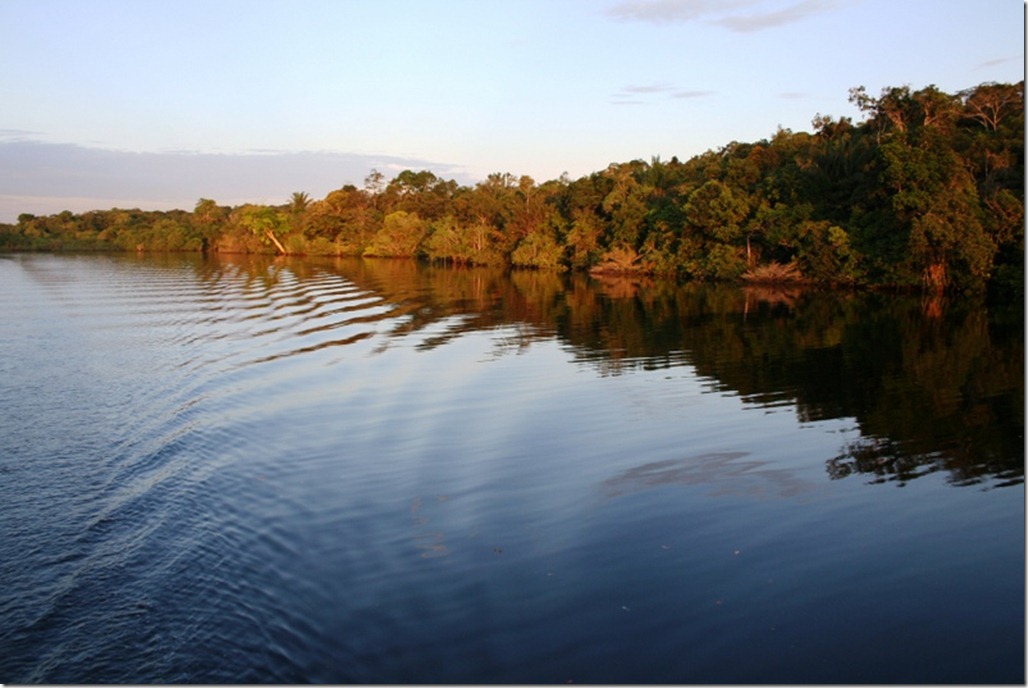 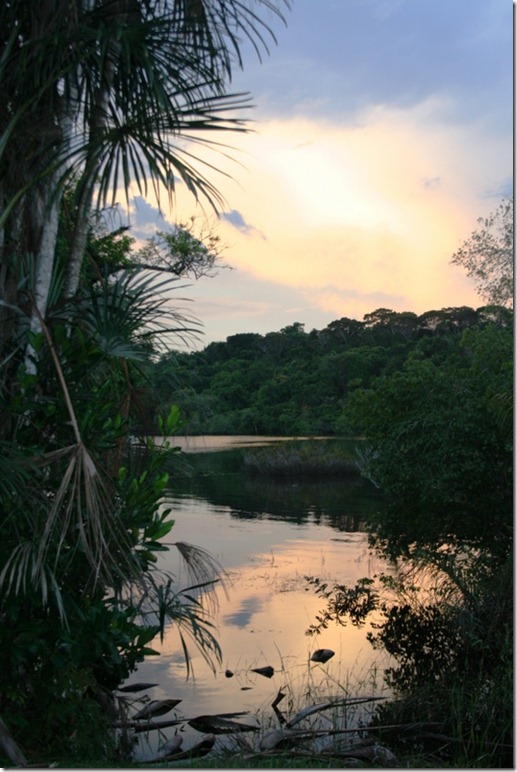 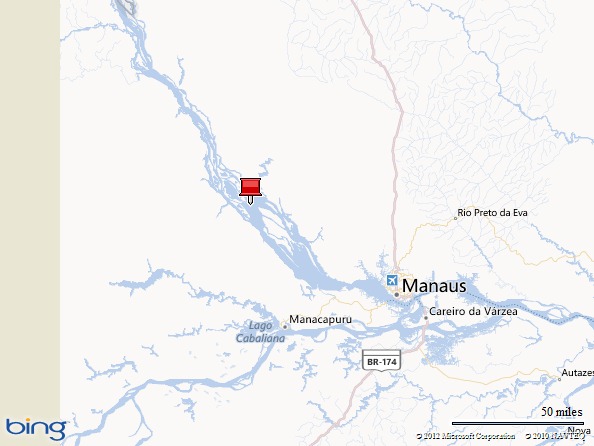