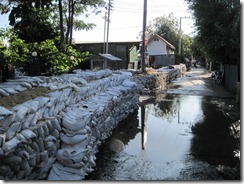 This weekend I drove around areas of Bangkok flooded by the Chao Phraya River. The water had crested its banks by 1.5 meters and flooded temples, businesses, and homes located along the river. We saw work crews busy building makeshift levees with sandbags and dirt mounds at points along the road deemed most likely to withstand the flood.

As long as the river does not rise another two meters, I think the urban areas of Bangkok will be spared from large-scale flooding. The area that I toured in Nonthaburi Province is considered at higher risk than Bangkok.

Based on my own observations, I think that we are safe for now. However, if the river rises 3-5 meters more, we’ll all be in trouble. From the looks of it though, I think the floodwaters here will be minimal.

According to a news article in the Bangkok Post, a water barrier in Pathum Thani’s Khlong Luang district about 30 kilometers to the north of Nonthaburi ruptured earlier today, flooding the area. Hold on; we’re not through this yet.

We’ve been informed that the flooding at Khlong Luang district should not affect us in Nonthaburi. For the time being, we’re safe, although Bangkok is still an island surrounded by flooded land to the north, east, and west. Let’s hope it drains to the Gulf of Thailand without more problems cropping up.

The following are photos I took over the past two days. Photos tell the story much better than I. 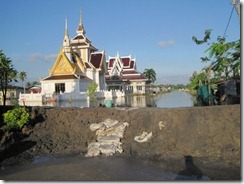 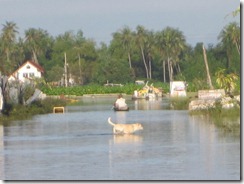 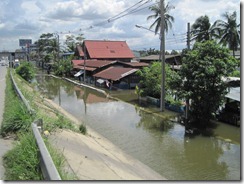 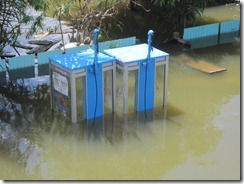 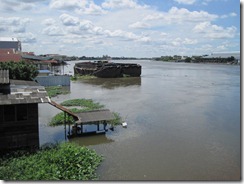 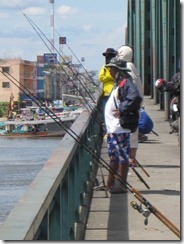 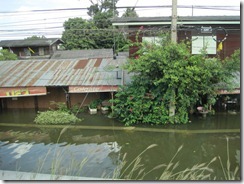 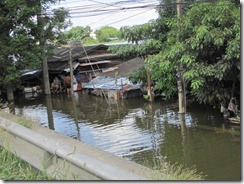 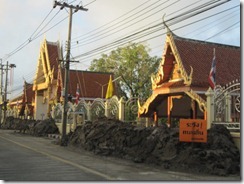 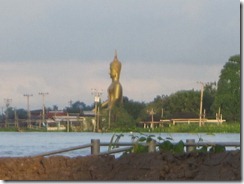 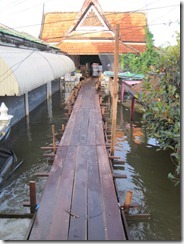 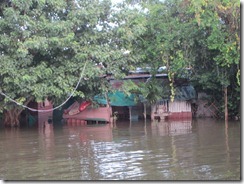 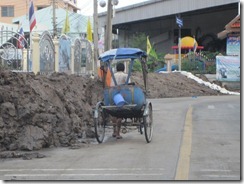 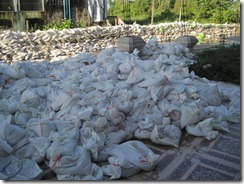 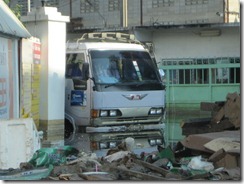 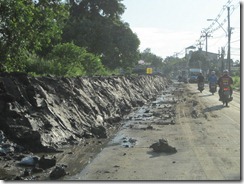 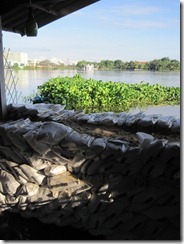 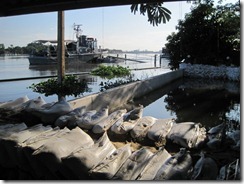