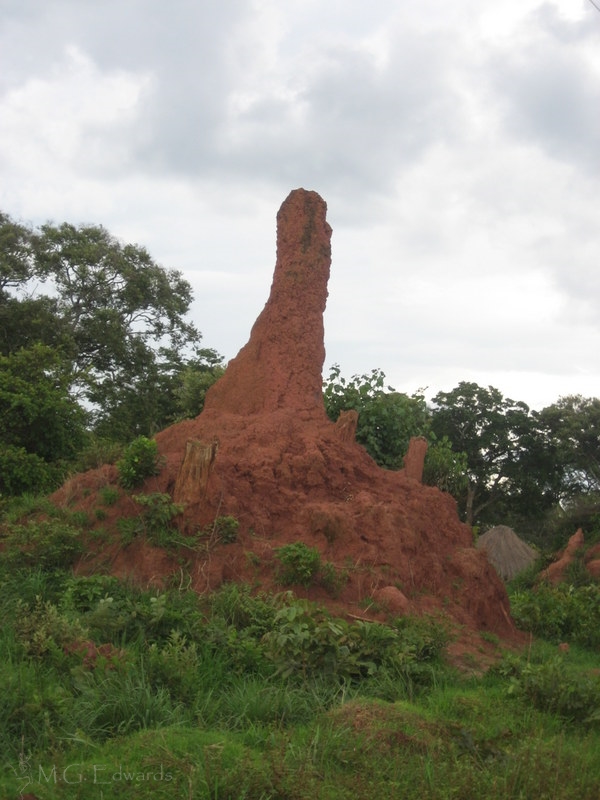 This is an updated version of an earlier article.

Africa has more than its fair share of wildlife.  Not many large animals — the kind you would typically think of in Africa like lions, elephants and giraffes — range in urban areas except on private game reserves.  The critters that hang out near our house are of a smaller variety.  An occasional oversized snake (poisonous or not) slithers its way on to our property until it’s dispatched by someone, but for the most part the critters who hang around the neighborhood are small reptiles, amphibians, insects, and arachnids. We have small lizards and geckos.  They’re cute, multicolored, and absolutely harmless. 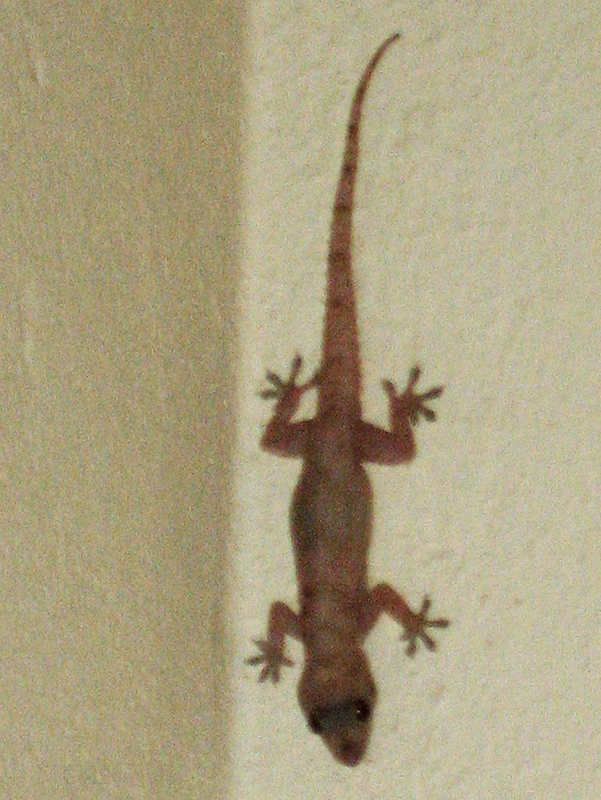 Mosquitoes, spiders, ants, termites and other pests are omnipresent.  They usually multiply at the end of the dry season and beginning of the rainy season (September – January). First come the “flatties” – harmless spiders that can grow as large as three inches wide with a very flat profile.  Their abdomens grow so plump that they almost look like small crabs.  Flatties look menacing but are too lazy to be threatening.  I have yet to see one catch an insect — night or day.  Like a disinterested cat, they usually lounge on the walls as if waiting casually for something to stray their way.  I was startled this morning by a flattie squatting on the side of our computer desk.  It must have been 2.5 inches wide with a 3/4-inch abdomen.  She blended in well with the wood work. Other insects are more of a nuisance and even threatening.  The ants in this part of the world are diverse and imposing, from tiny yellow or brown sugar ants attracted to unprotected food to large half-inch army ants.  One night I saw a stream of army ants marching (quite literally) away from our house down the driveway like a living stream.  We fumigated the foundation soon thereafter – army ants are not to be trifled with.  Unattended beverages with sugar or sweet crumbs are major attractions for the smaller ants.  They build large nests around the house foundation and find entry points into the dwelling through the tiniest of openings.  It’s quite a sight seeing a mass of ants attacking a snack you’ve left somewhere you thought would have been off limits – like around your den. There are also the mosquitoes.  In this part of the world, mosquitoes can be deadly.  Many carry malaria and can leave one ill or dead if bitten.  Where I live in Lusaka it’s generally malaria-free because of the high altitude (over 4,000 feet), but heading to the countryside is a different story.  There are four strains of malaria to contend with — if you get malaria once, you’re not immune to getting it again.  Anti-malaria pills are recommended if you visit Zambia, but they don’t prevent malaria and only help you stay alive if you fall ill.  I’ve been told that malaria-carrying mosquitoes are of a particular variety.  Zambia’s mosquitoes are diverse.  Some are small and silent and others are slow and noisy, and I have yet to figure out which ones carry malaria.  Better to wear mosquito repellent and sleep under mosquito nets treated with repellent.  We’ve been thankful the past few months to live relatively mosquito-free, but the little critters have started coming out again.

After the first rain of the season, all the creepy crawlies that lay dormant during the dry season come to life.  The winged termites are the first to emerge; they breed in such large quantities that it is a bit like a sooty blizzard when they come out.  As they shed their wings and head into the ground, they leave behind piles of wings akin to small snow drifts.  Out come the brooms to sweep them up. The termites build mounds that can grow incredibly large.  I once saw abandoned termite mounds in northwestern Zambia as tall as a two-story building – with trees growing on top of them!  I’ve been told that termites keep building their mounds until they can no longer sustain the brood, and then they disperse in search of new homes.  There are few large termite mounds in Lusaka because urbanization has limited the amount of foliage termites consume. 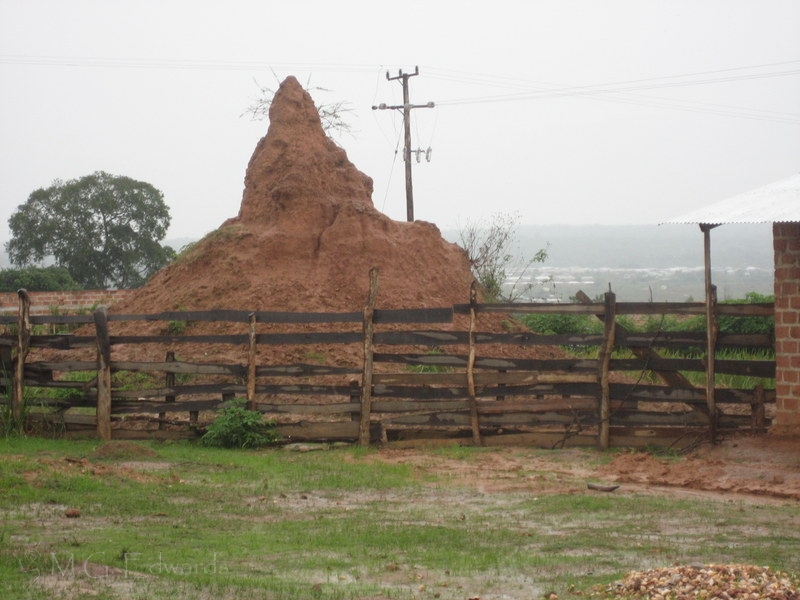 Finally, once a year the caterpillars emerge.  Before they become butterflies, many Zambians will collect and use them in a local dish called ifishimu.  Ifishimu, or cooked caterpillar and onion salad, is an acquired taste. I tried some and did not like it.  I will not try the termite, another common Zambian dish.  I’d much rather eat crocodile or snake, two animals most Zambians will not eat. In the United States, “little critters” are best known as a children’s chewable vitamin brand.  In Africa, this has an entirely different meaning.  Africa’s “little critters” refer to the insects that invade your home looking for sustenance.  They could be mosquitoes looking for blood, perhaps leaving behind malaria, or different types of spiders, the most common of which in Lusaka, are the “flattie” spiders so named because of their flat bodies (they can grow quite large with a leg span of up to several inches). 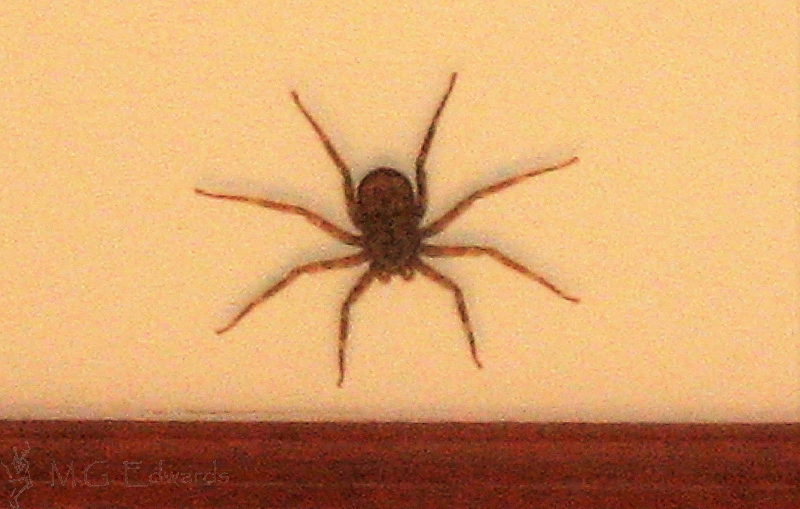 Some are flying termites, gnats, putsi flies, or varied types of cockroaches.  Most often, they are ants of many varieties, shapes and sizes ranging from tiny sugar ants to large army ants.

Many African homes are quite porous and make it easy for little critters to enter at will.  Whether it’s the doors with gaps that leave ample room for entry or the holes in the concrete walls meant for ventilation but more often act as sieves, homes here are built with little thought given to keeping out the creepy crawlies that find them tantalizing targets.  Occupants usually learn to live with them unless the “little critters” invade en masse or appear to be a physical threat.  The mandibles of a large ant leave no doubt that one bite would hurt immensely.

We’ve learned to live with the “little critters” for the most part, except when they take a liking to our kitchen or living quarters.  When a stream of sugar ants attacks a morsel left on the kitchen counter, it’s time to dispatch them.  When a spider preys too close to the bed, it meets a quick demise. Spraying poison inside the home is tricky business, and using clothes or paper towels to wipe them out is impractical when they come in great numbers.  Thus, we usually put with them unless they cross our comfort threshold.  “Little critters” is one of the many aspects of life in Africa that makes living here an adventure. 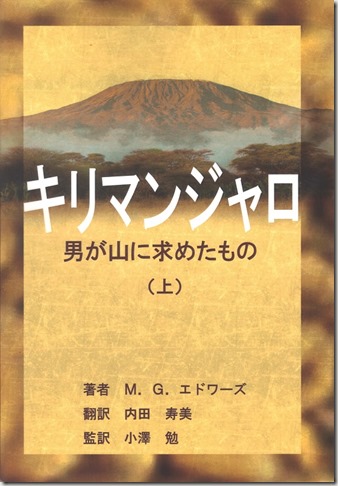 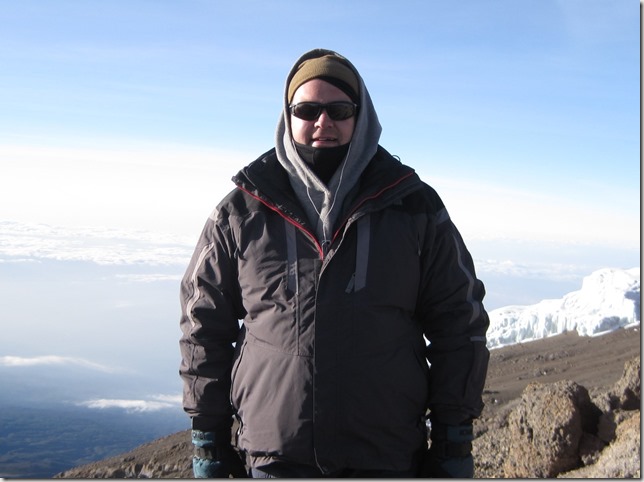 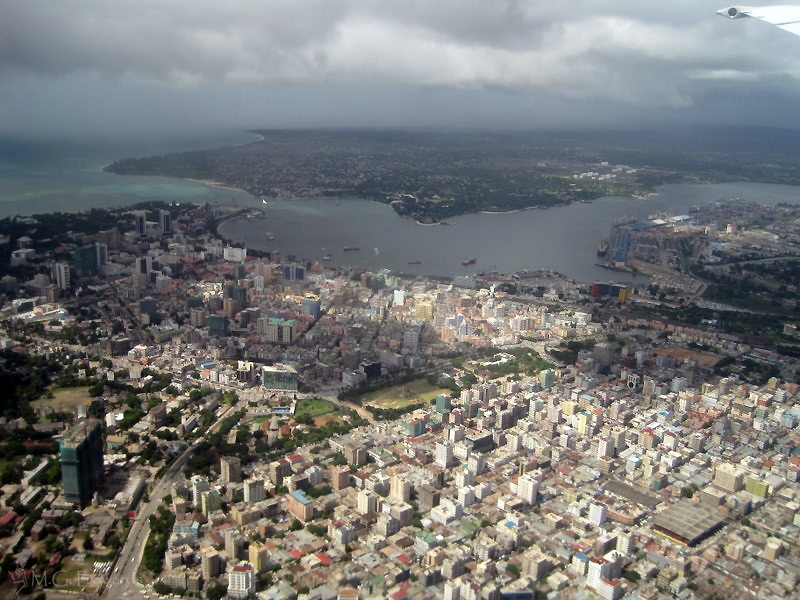 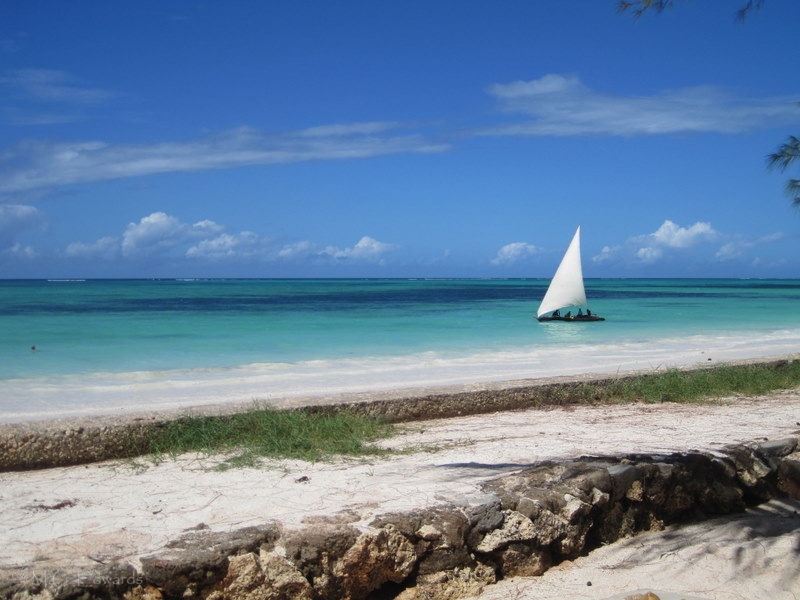