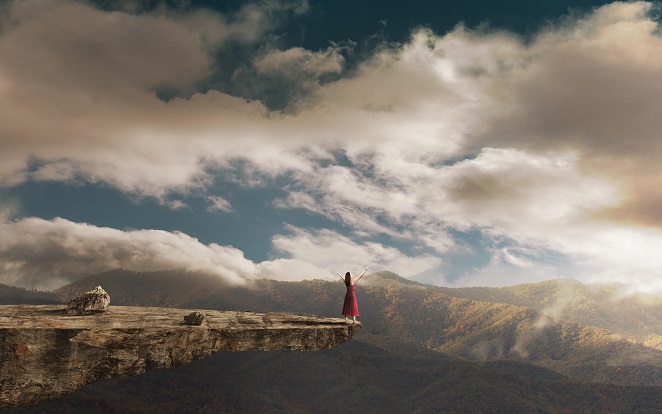 I’ve spent the last couple of months reclaiming my life.  I spent far too much time and energy on activities that should not have mattered as much to me as they did, and neglected what truly made me happy.  I made a conscious effort to reprioritize my life, and it’s already paid dividends.  I realized that what truly makes me happy is what I used to do until the realities of life interfered, pushing aside those activities that really brought me joy.  No more.  While I still need to do what I must, I am now making a concerted effort to rekindle the joys of my youth.  While one might say that therein lies the seeds of a mid-life crisis, another could say that they hold the source of the fountain of youth.

This weekend I rode my bicycle for about 1.5 hours.  I didn’t ride as far as I would have liked.  My body isn’t what it used to be, and I’m no longer used to sitting for an extended period of time on a bicycle braving traffic, hills, and headwinds.  My body was sore after the ride, but my spirit was satisfied.  When I was younger, I used to ride my bicycle everywhere.  I remember fondly a couple of long-haul bicycle trips I took.  On one trip in the late 1980’s, I rode with a youth group for four days from western Montana to North Idaho.  The following year, I rode for a week in western Montana.  After I went to college, I stopped taking these kinds of trips.  I rode my bicycle around campus, but it wasn’t the same.  My studies short curtailed my cycling.  After I graduated from college (many years later) and became a working family man, I didn’t start riding again – until now.  The ride this weekend was my first attempt in over two decades to recapture my passion for cross-country cycling.  I plan to ride once a month, perhaps more.  Each time I plan to ride further and build up my physical endurance.  I’m not as spry as I used to be, but the passion is still there and will carry me far.

I also revived my interest in creative writing and cartography.  When I was younger, I spent many hours writing books and stories and drawing maps.  I quit when I went to college.  Although I tried writing again in the 1990’s after I graduated, work and family took away any extra time I had.  In 2004, I started this blog to rekindle my creative writing juices.  It’s been coming back in fits and starts but came back with a vengeance this year.  This time I’m armed with a measure of wisdom I didn’t have as a youth.  I introduced discipline in my writing and cartography that I didn’t have when I was younger.  This year I finished transcribing and updating a book for young adults I wrote as a 15-year-old and finished writing a children’s story my son and I developed last year.  I’ve moved on to transcribing the first chapter of a fantasy novel I started writing in the late 1980’s but never finished.  Afterwards, I will go back to the first book I transcribed, expand on it, and review it for publication.  I haven’t started drawing maps again, but once I begin updating the fantasies I created as a youth I will develop maps for them.  This rigor will help me do something I always wanted to do as a kid but never really accomplished – publish my material.

As a youth I enjoyed drawing cartoons and illustrations.  I drew a couple of comic strips for two college newspapers many years ago; someday when my writing has taken off, I will try to resurrect them.  I also enjoy singing and writing songs.  I wanted to learn how to play the guitar, but I never did because I lacked discipline.  I’ve picked up the guitar a few times since the new year, but I haven’t made much progress yet.  I plan to increase the number of practices and eventually hire a guitar teacher.  If I can master a few songs, I’ll try to do something I’ve wanted to do for years – record an album.  My goal isn’t to be a professional singer; rather, I’d like to record it for my son.  My own father was an incredible singer.  I dreamed of one day recording a duet with him, but he passed away before I could do it.  I don’t want to pass on before leaving behind some kind of recording.  These are future plans; I realize that I can only do so much at once and am now focused on reviving these interests little by little.

I realized that in order to be truly happy, you should do what really makes you happy.  It also occurred to me that when you’re younger, you tend to do what you enjoy and have more time to do it before the realities of adult life begin pushing what you really want to do aside.  Think about what you did when you were younger that made you happy.  Do you still do it?  If not, why not?  Why not try doing it again?  It might make your life even more fulfilling or satisfying.  You’ll never know unless you try (again).

I spent much of the weekend stewing over something that really bothered me.  I was pretty mad, actually.  I won’t tell you what happened, but here’s a cryptic analogy for you to ponder.  You’re Atlas, holding up the Earth because you were told to hold up the Earth.  Then someone tells you should actually be tending to Mars because Mars comes before Earth and you really aren’t good enough until you go to Mars, even though you were never, ever given a rocket ship flight to Mars.  Meanwhile, the one who tells you this takes off for the Sun on a rocket ship launched from Earth and then exiles you on Mars, leaving you far behind and drifting in outer space.  So what do you do?  Drop everything and tend to Mars instead…as soon as you can get a hold of a rocket ship.

Lesson to ponder:  Don’t use others as a launching pad and exile them.  You may believe that you’re isolated because you’ve moved on to the Sun.  Once you’re long gone, your legacy will remain and will be recounted to the Stars who follow.

Finding a balance in life is hard.  It seems we never have enough time anymore and always have too many things to do.  When someone calls and asks how I’m doing, my standard reply is usually, “Very busy!”  We’re always so busy, busy, busy.  Where does the time go?  Why do I have so much to do?  I suppose that the transition period before moving to Korea exaggerates the amount of work we have to do–moving from an old life to a new life while trying to live day to day.  I keep hoping though that life will be different once we arrive in Seoul and settle in, but who knows.  I may just be someone who thrives on multi-tasking.  I can’t live without that trusty personal digital assistant (PDA) to help manage my schedule.  If something doesn’t get done today, I can always move the deadline out to tomorrow or later.

Sometimes I get nostalgic thinking about the way life used to be.  Life used to be simpler, no doubt about it.  I read somewhere that Americans today work about 80 more hours per year now than they did in the early 1970’s.  In fact, according to the International Labour Organization, Americans work more hours than workers in any other industrialized nation.  It leaves us with a lot less time to do other things outside of work.  Another factor is choice.  We now have so many choices to make, far more than we ever had.  It makes life utterly more complicated.  Take the media, for example.  In the 1970’s our media choices included ABC, NBC, CBS, PBS, and the local newspaper.  With the advent of cable and the Internet, however, our choices have multiplied infinitely.  Life has become too cluttered.