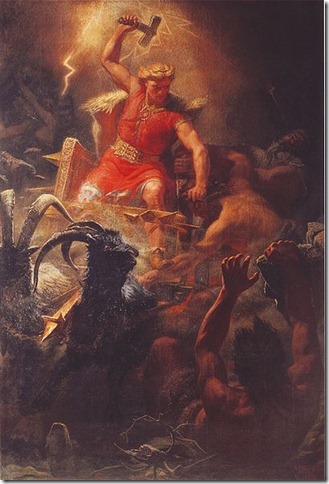 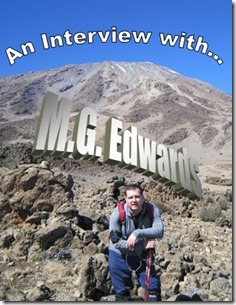 An Interview with M.G. Edwards

Many thanks to fellow author Kevin Rau for his invitation to interview me with a superhero twist! Although I am mortal, I’m happy to have the opportunity flex my lone superpower — my amazing ability to bend and twist prose. Thanks again, Kevin! I’ll try to keep this interview coherent and on topic. If not, just tell the words to get back in line.

When did you start writing, and was there a significant event that prompted you to do so?

When I was ten years old, my teacher asked our class to write tall tales in small groups and present them in class. Some groups chose to tell the story of Paul Bunyan and other well-known legends. Inspired by the 1981 eruption of Mount St. Helens, I wrote a tale called "How Little Big Chief Calmed the Mountain." Featured in my book Real Dreams, the story tells of how Little Big Chief made the ultimate sacrifice — offering what was most precious to him to appease an angry volcano. The role of Little Big Chief went to a good friend with cerebral palsy. His amazing performance is one of my fondest childhood memories.

Kev’s response: Hmm, I’ve always found that interesting. Personally, I have no memories below the age of 13 or so. None. I joke that I was hatched at that age. It’s fascinating to hear about others with their memories.

If you could have one superpower, what would it be? (Assuming said power would be reasonably powerful.)

I would like the ability to clone myself like Michael Keaton did in the movie Multiplicity. Not that I relish dealing with multiple versions of myself and their escapades, but they sure would come in handy to help me multitask. One could focus on brainstorming ideas for novels, another on writing outlines, a third on drafting the manuscript, and a fourth on editing it. My productivity would soar! At least, that’s how it would work in theory.

Kev’s response: Just the ability to brainstorm ideas in a group for storylines would rock.

Do you have a favorite superhero from novels, comics, or movies?

I’m a big comic book fan. My favorite superhero — long before The Avengers movie came along — has always been Thor. I mean, how can you beat a demigod? I know that Ironman seems cooler, the Hulk is a force to be reckoned with, and Captain America is America’s superhero, but it’s hard to beat a Norse god and his mighty hammer.

Kev’s response: Thor is a full-blown deity, you know. Perhaps not in the Marvel Universe, however. He is filled with much awesomeness – and Chris Hemsworth has done an excellent job portraying him in the Thor part. 🙂

Click here to read the rest of my interview on Kevin’s super-fabulous blog!

Kevin Rau is the author of six novels, including the H.E.R.O. series, an Illustrated Guide, and short stories in the SciFi/Superhero genre. He also does character art. He launched the Author Interview pages to promote fellow authors and create some cross-links back to their websites or social networks within the interview. Visit his interview page for more great interviews from other authors. For more information about his work, visit KevinRau.com.

Thor’s Battle Against the Jötnar (1872) by Mårten Eskil Winge is public domain.