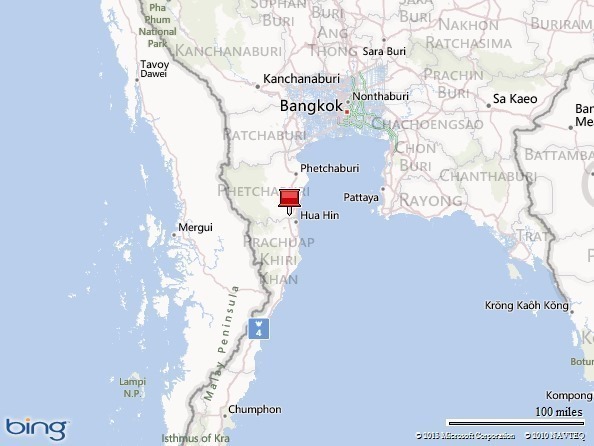 This is the final article in a six-part series about Hua Hin, Thailand, a coastal city near Bangkok on the Gulf of Thailand. Hua Hin hosts the annual King’s Cup Elephant Polo Tournament, a fun and unique sporting event. The 2012 tournament inspired me to write the children’s picture book Ellie the Elephant about an elephant that dreams of playing in the tournament. Enjoy this and other travelogues about the Hua Hin area.

Elephant polo is a fascinating sport to watch. A variant of equestrian polo, elephant polo originated in Meghauli, Nepal and is played in Nepal, Thailand, India, and Sri Lanka. Teams from England and Scotland also participate in organized tournaments. The sport is governed worldwide by the Kathmandu, Nepal-based World Elephant Polo Association (WEPA) and in Thailand by the Thailand Elephant Polo Association. 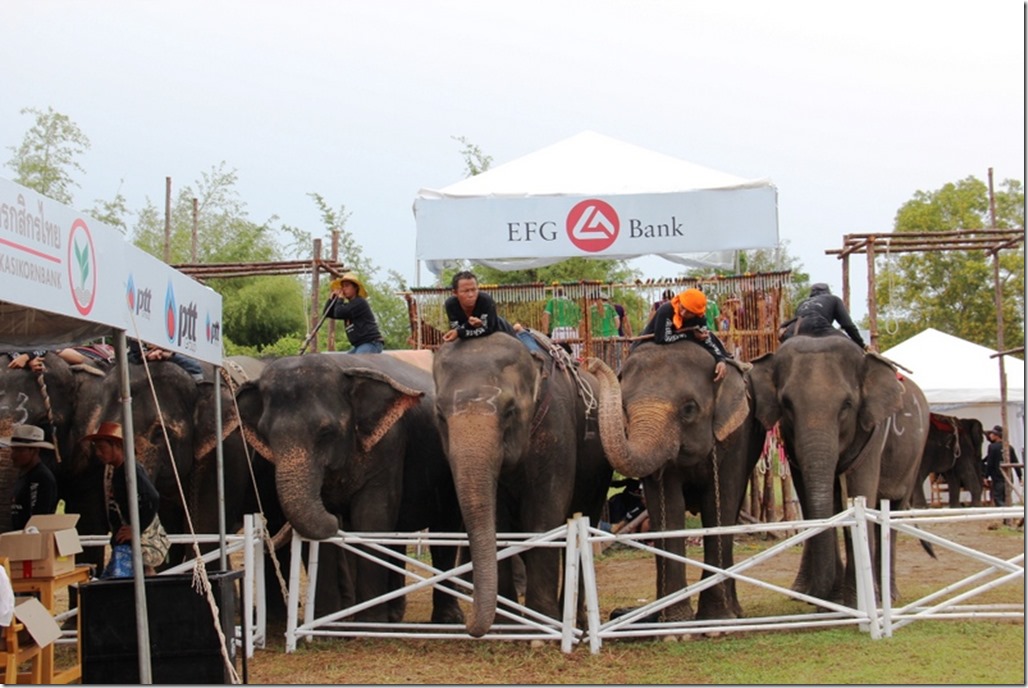 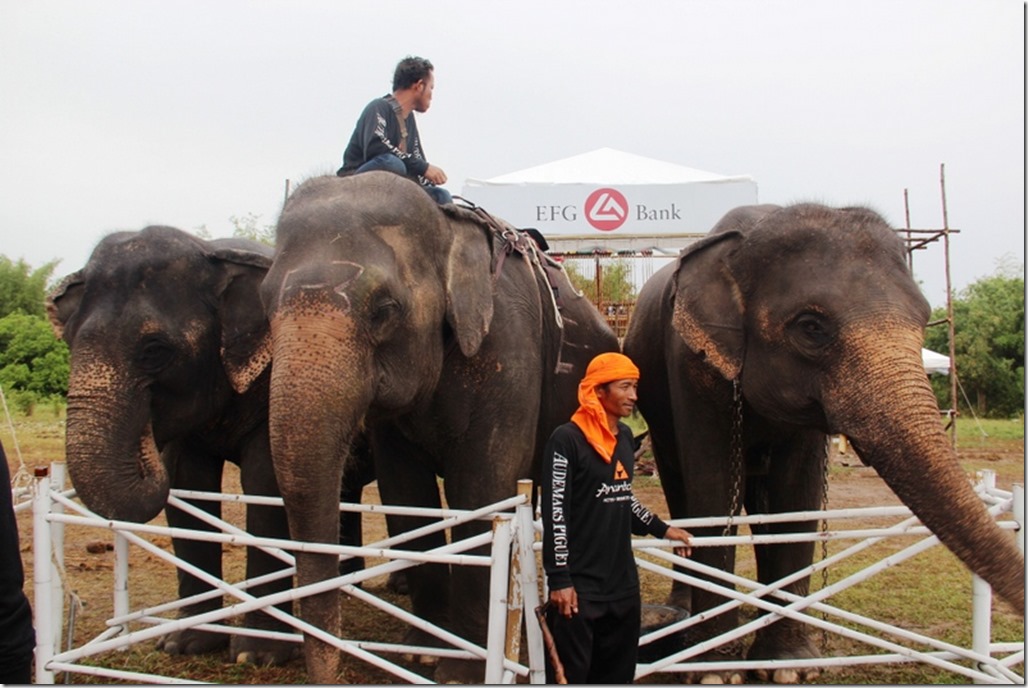 The sport features Asian elephants ridden by a polo player and a mahout who steers the elephant. Players hit polo balls into goals with a mallet attached to the end of a long stick. Goal posts are located at either end of a pitch that’s three quarters the size of an equestrian polo field. Teams of four players, mahouts and elephants square off for two ten-minute “chukkers” (time periods) with a 15-minute time out (“interval”). The team with the most goals at the end of the second chukker wins the match. A full list of elephant polo rules is available here. 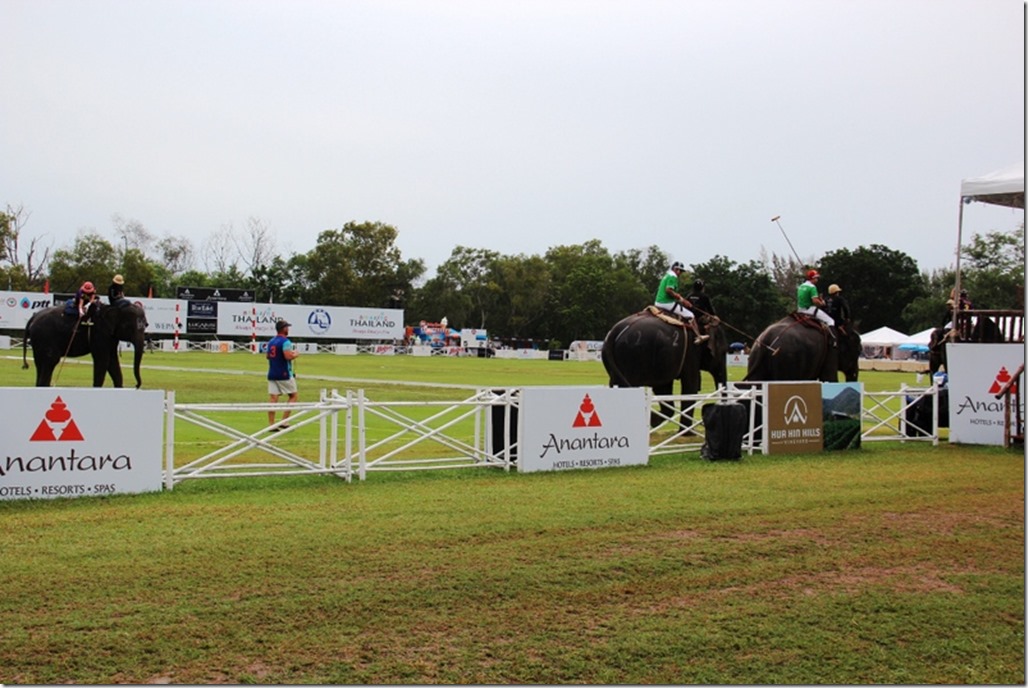 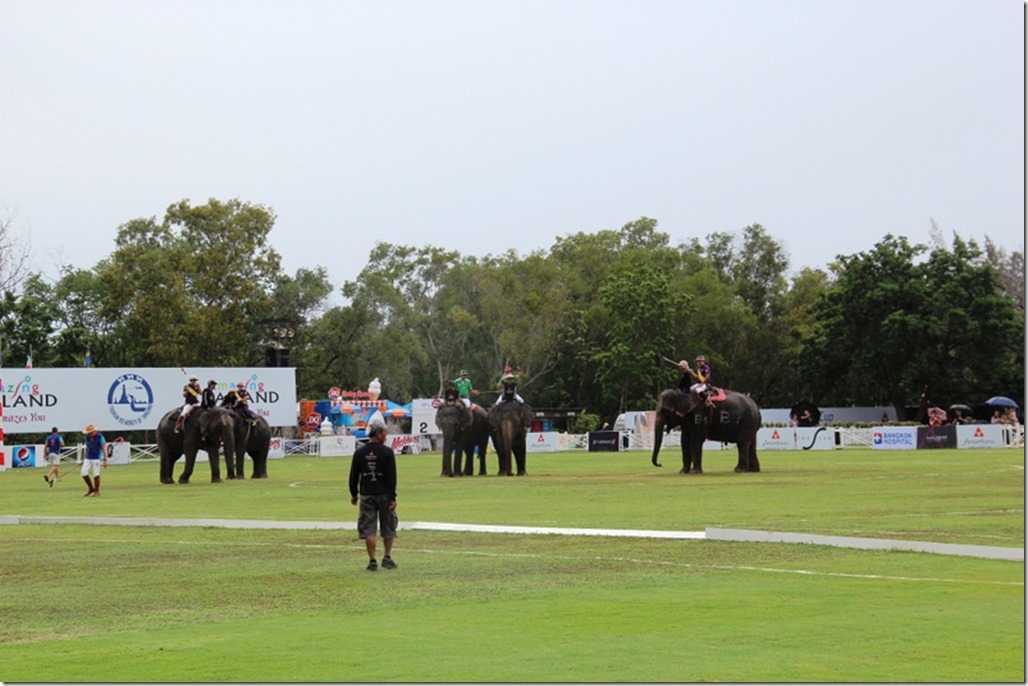 Thailand-based luxury resort and spa company Anantara Resorts hosts the annual King’s Cup Elephant Polo tournament in Hua Hin. Military marching grounds south of Hua Hin Town make an ideal pitch for a week’s worth of elephant polo matches. Dozens of sponsors set up pavilions on the sidelines that cater to visitors and polo players who come from around the world to watch or participate in the games. My family and I watched the 2012 championship match on the final day of competition; other spectators spent the entire week at the event. 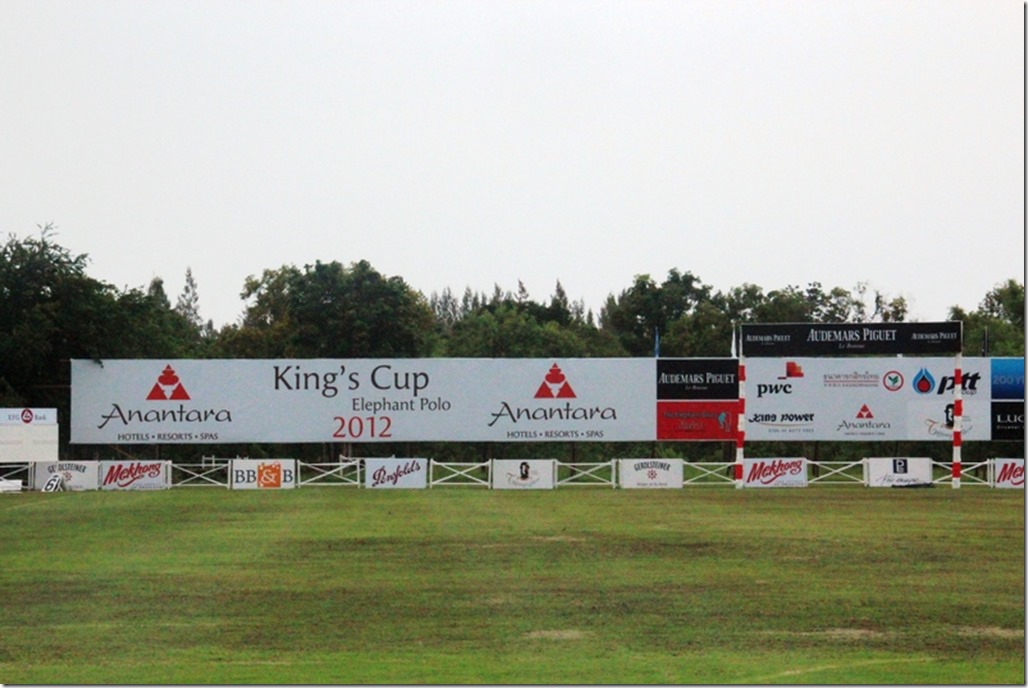 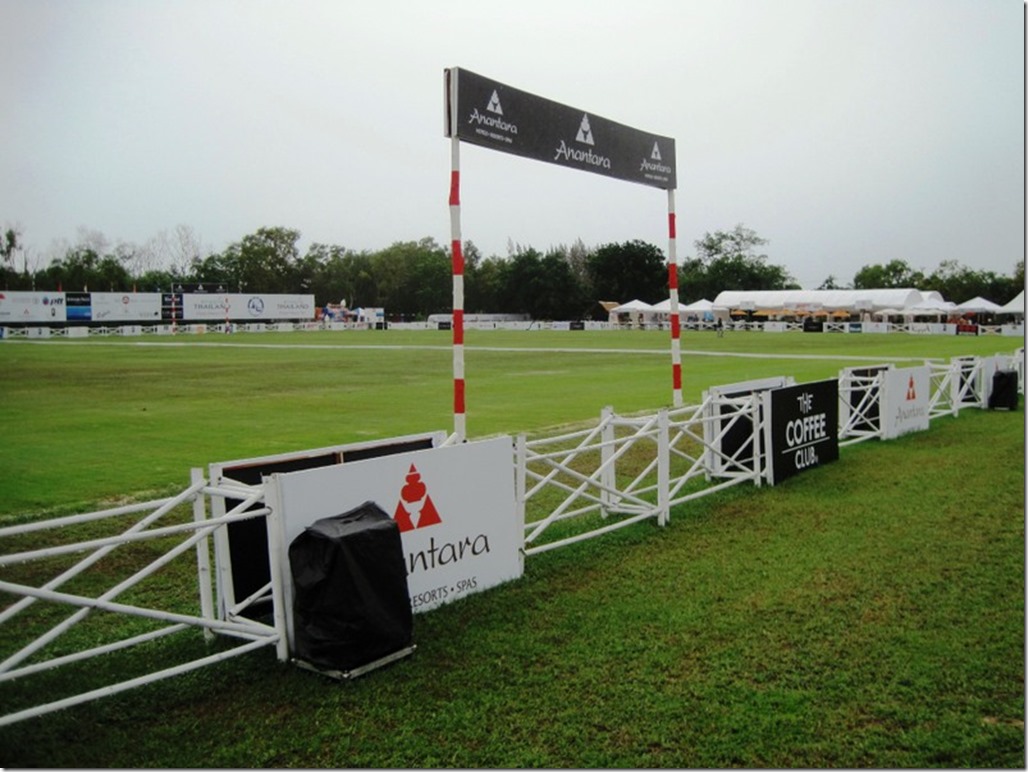 While the sport has come under some scrutiny for the use and treatment of elephants, the elephants participating in the King’s Cup seemed content on the sidelines and competitive on the field. They appeared as engaged and eager to participate as the human players. Elephant Polo in Nepal and Thailand is played under the auspices of the WEPA, which enforces strict rules on elephant welfare and game play. To my knowledge, no instances of alleged mistreatment of elephants related to elephant polo have been reported in Thailand. 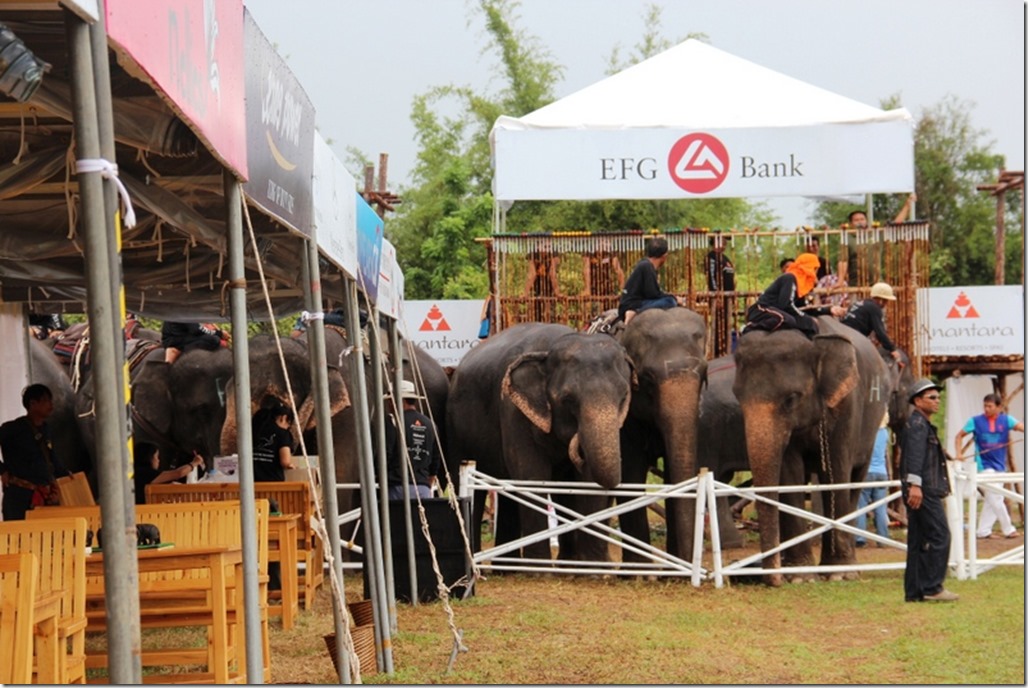 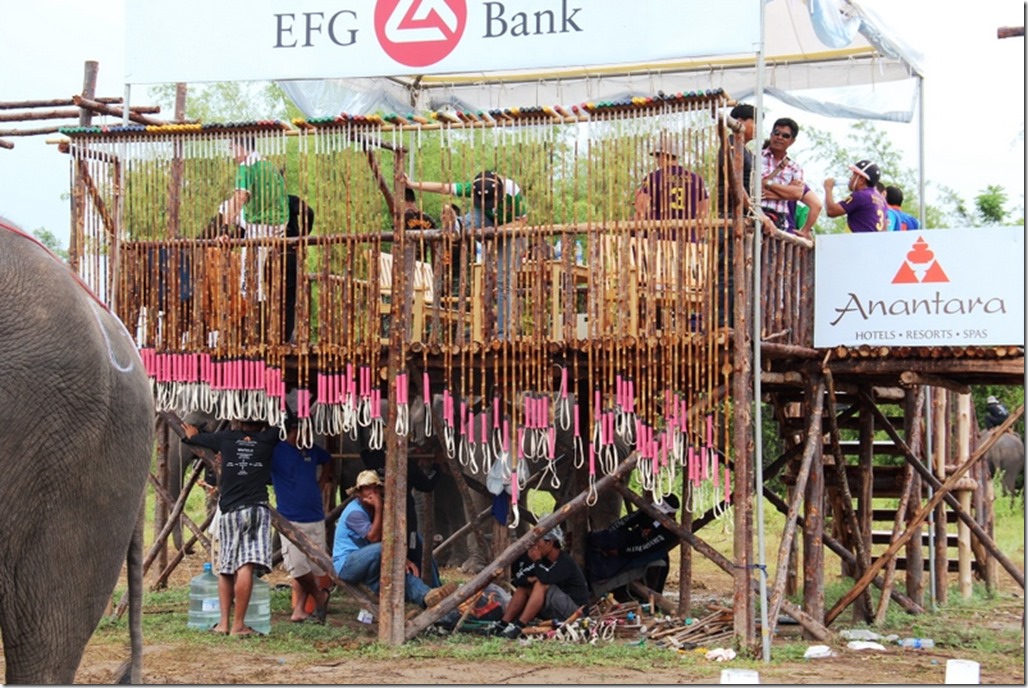 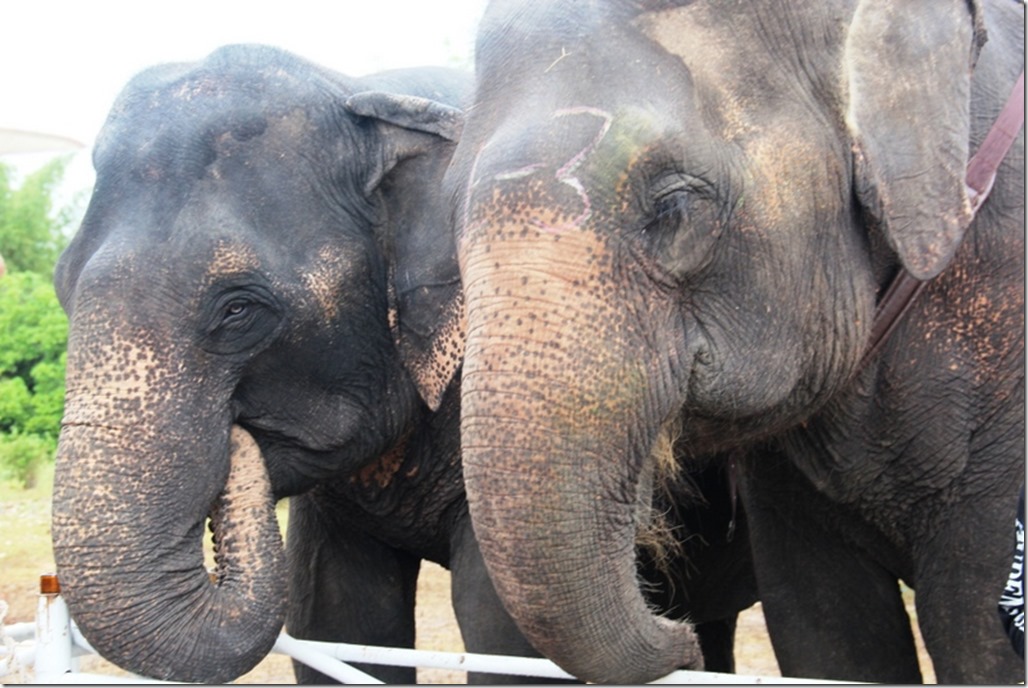 We enjoyed mingling with the elephants on the sidelines where the polo teams waited to saddle up. Several elephants huddled near the edge of the pen watching the matches and munching on feed like popcorn. They didn’t seemed to mind the spectators who gathered around them for photos. It was all part of their duties as star athletes. We enjoyed taking photos with a jovial pachyderm who inspired the character Ellie the Elephant in my book. This elephant was doing what Ellie aspired to do – play competitive elephant polo. 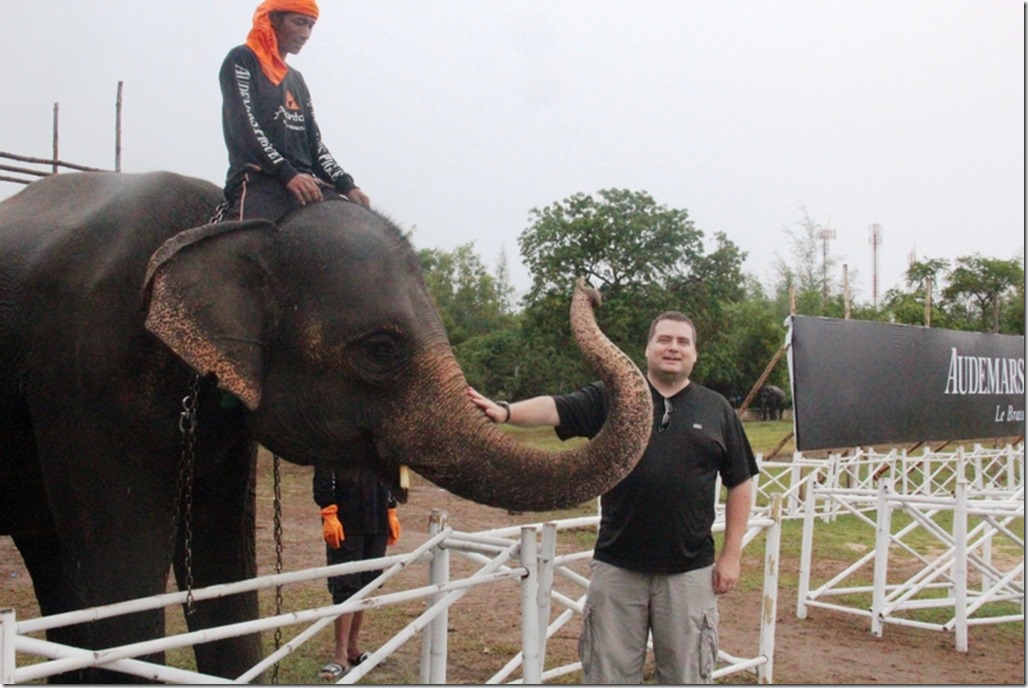 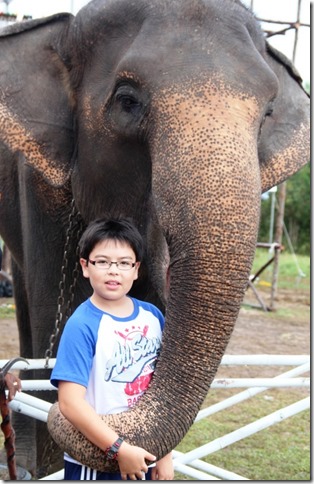 The mahouts tended to the animals, feeding them, saddling them up, and guiding them on the pitch. They appeared to have experience working with the animals, while the skill of the players varied according to their familiarity with elephant polo. One replacement player took the field for the first time and had trouble handling the cumbersome mallet taller than an elephant’s shoulders. Watching the elephants, mahouts, and polo players work in tandem was mesmerizing. When a player missed hitting the ball, the elephant would back up so they could try again. 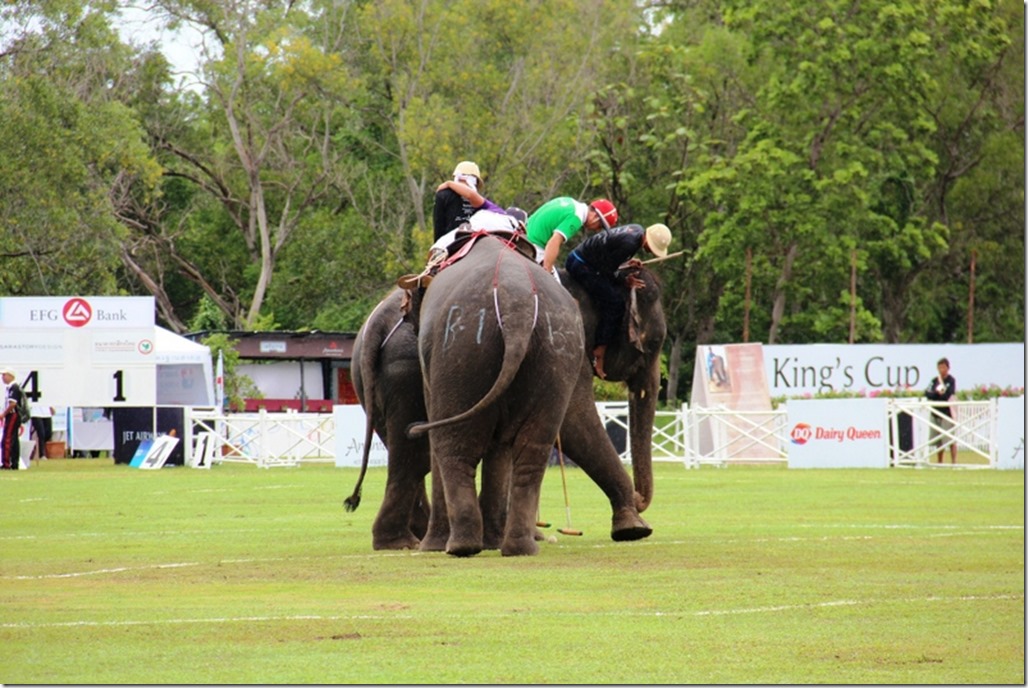 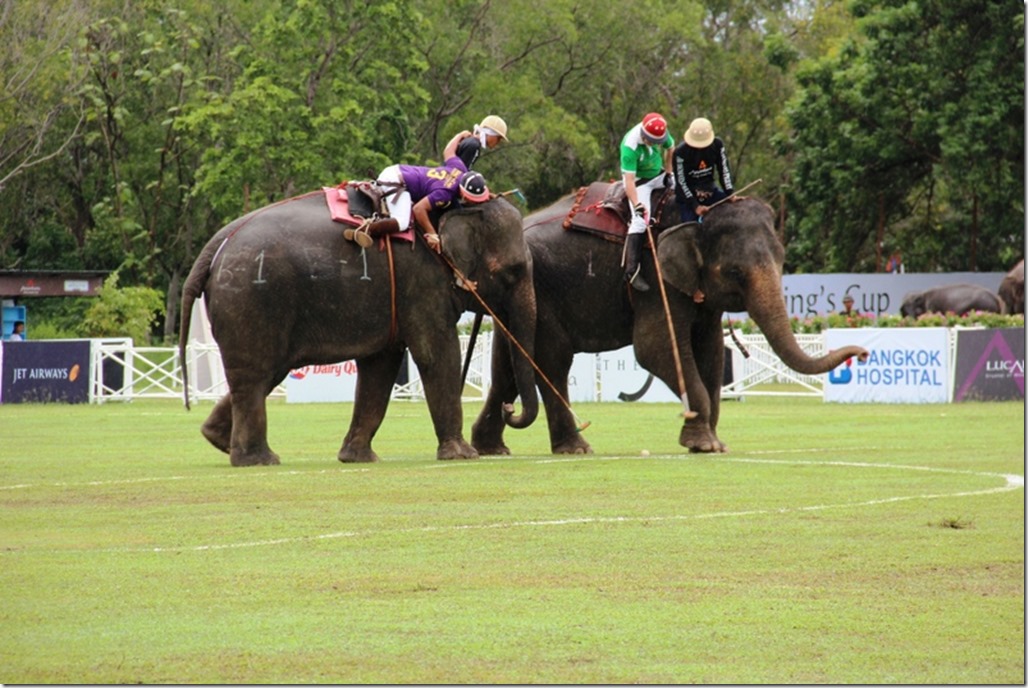 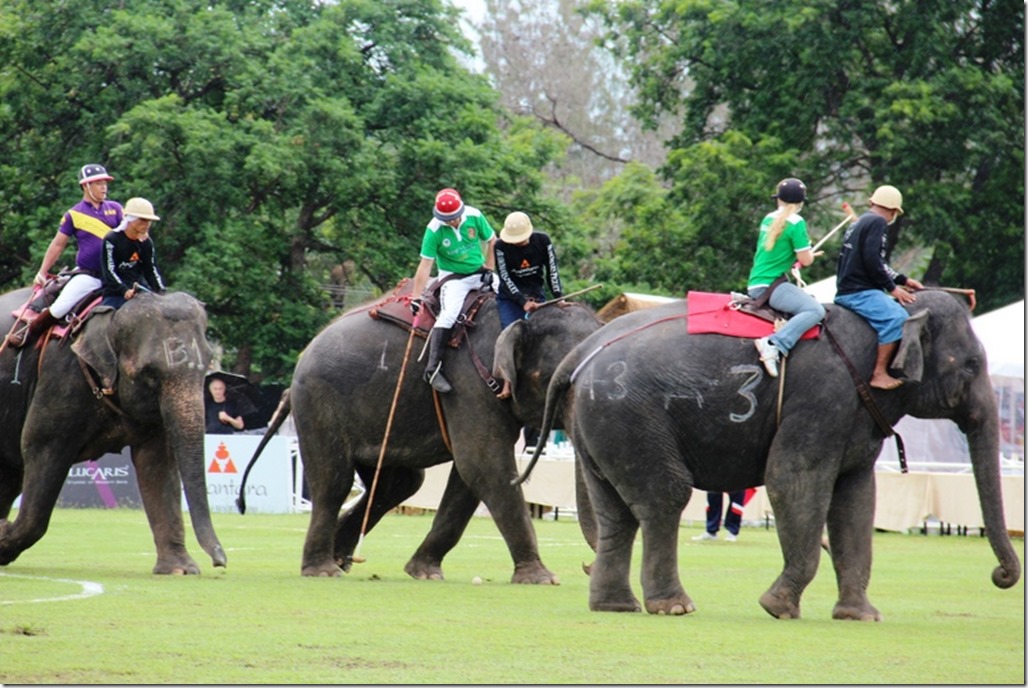 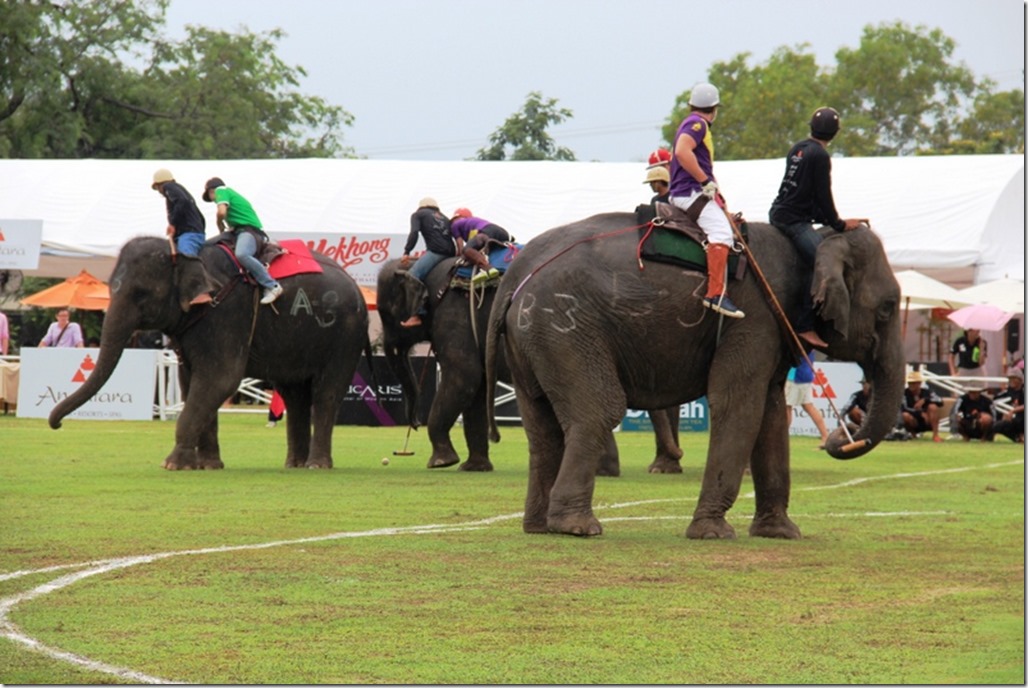 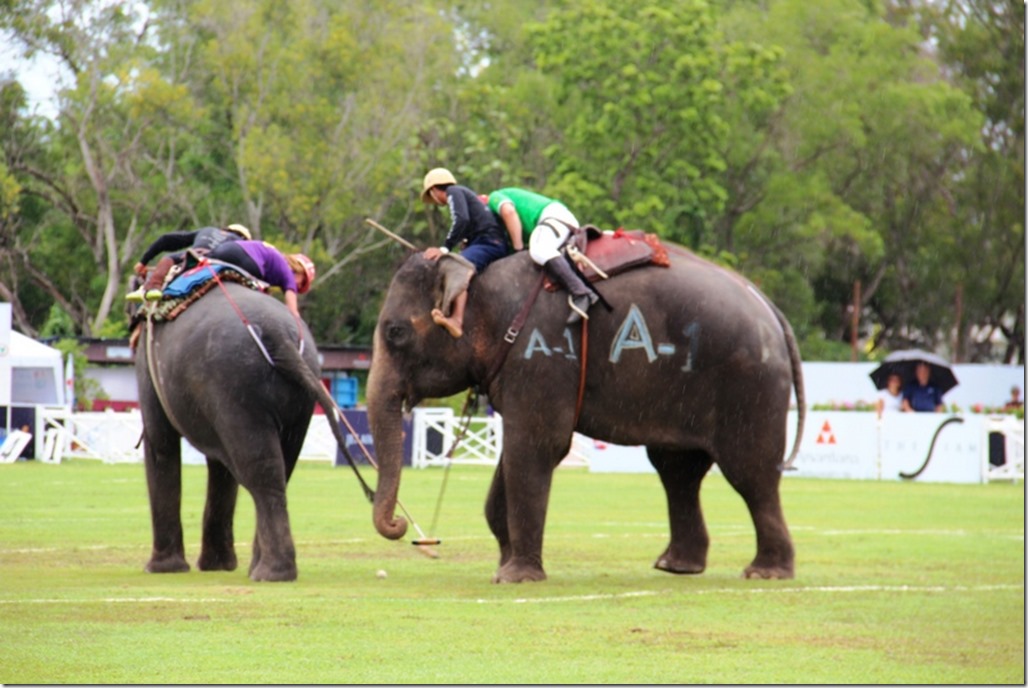 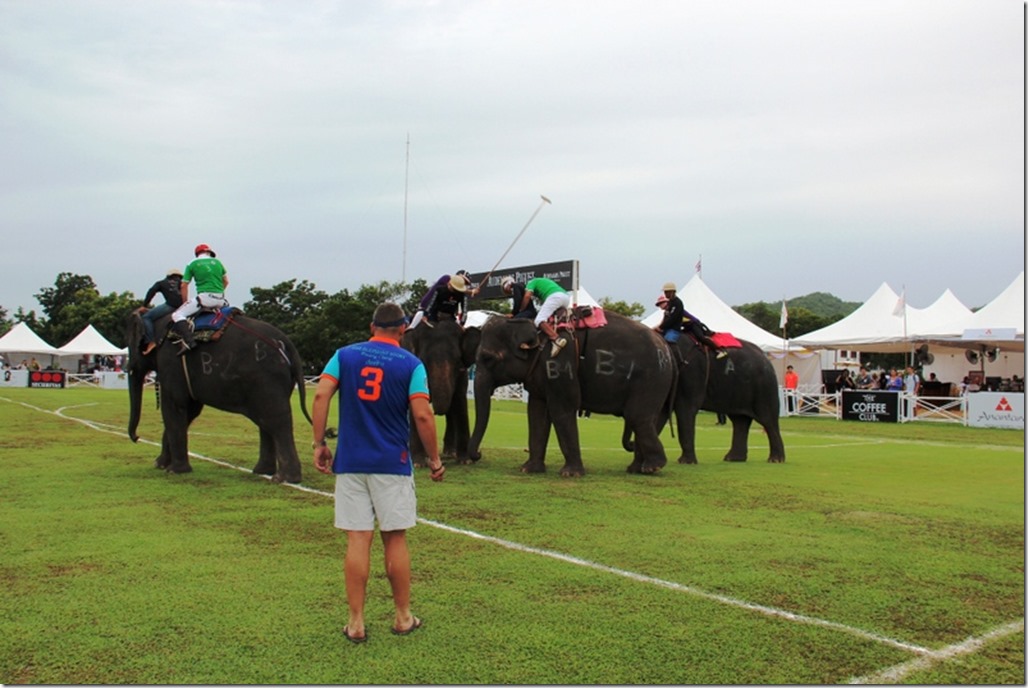 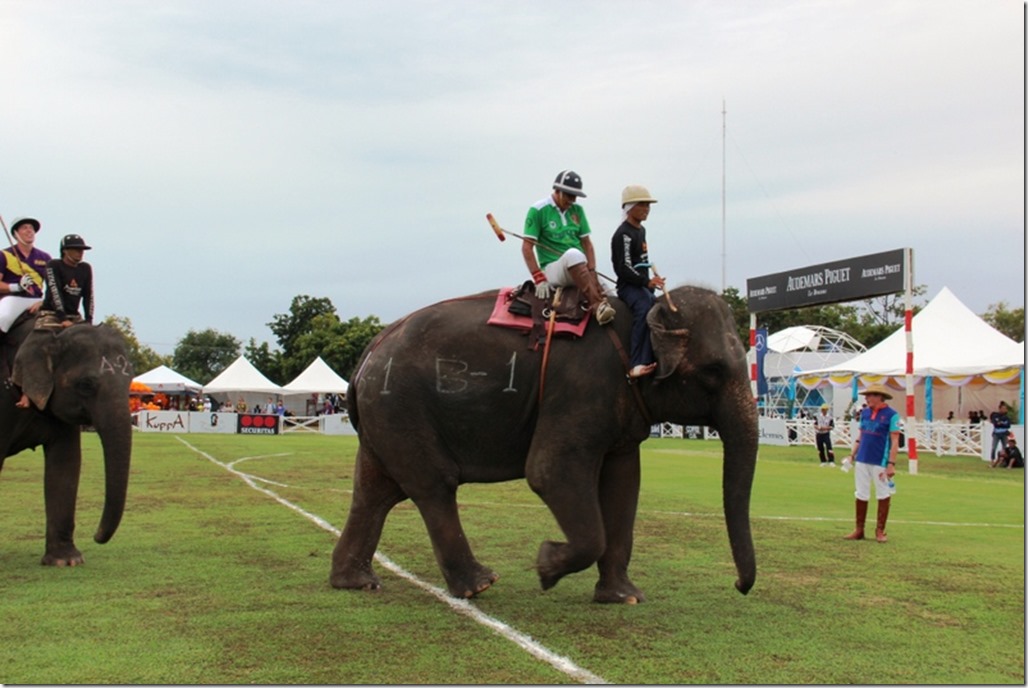 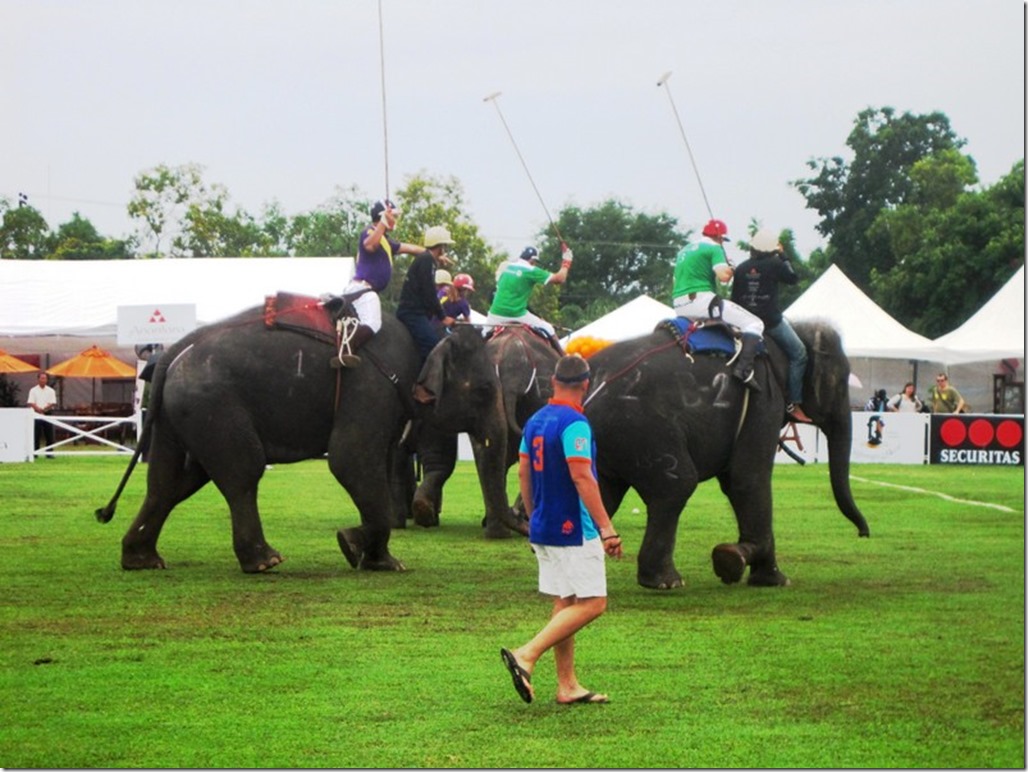 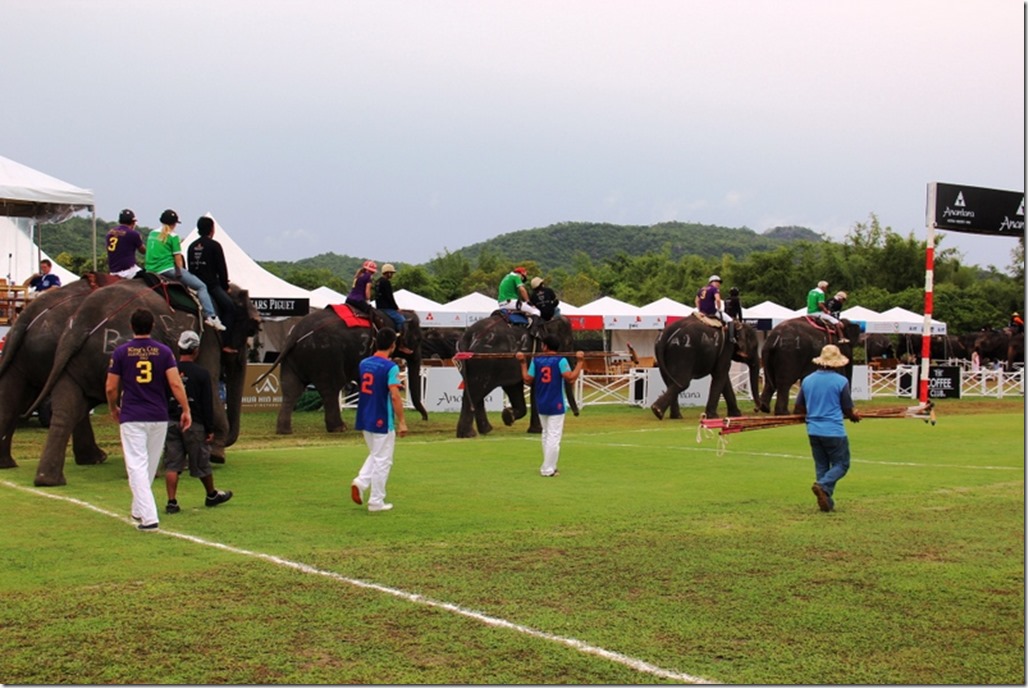 All the teams we watched did a splendid job. While only one won the King’s Cup, every team took home a trophy in the shape of an elephant’s head. The tournament was competitive and fun with all the excitement you would expect at any sporting event. There were scrimmages, breakaways, and the occasional error – all in the name of fun. 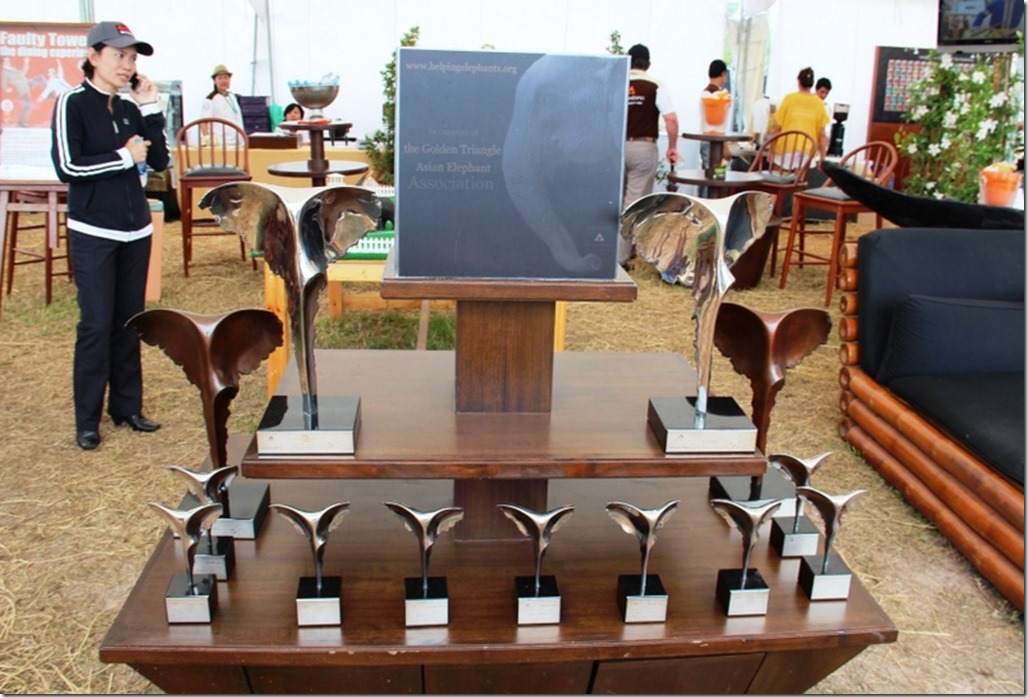 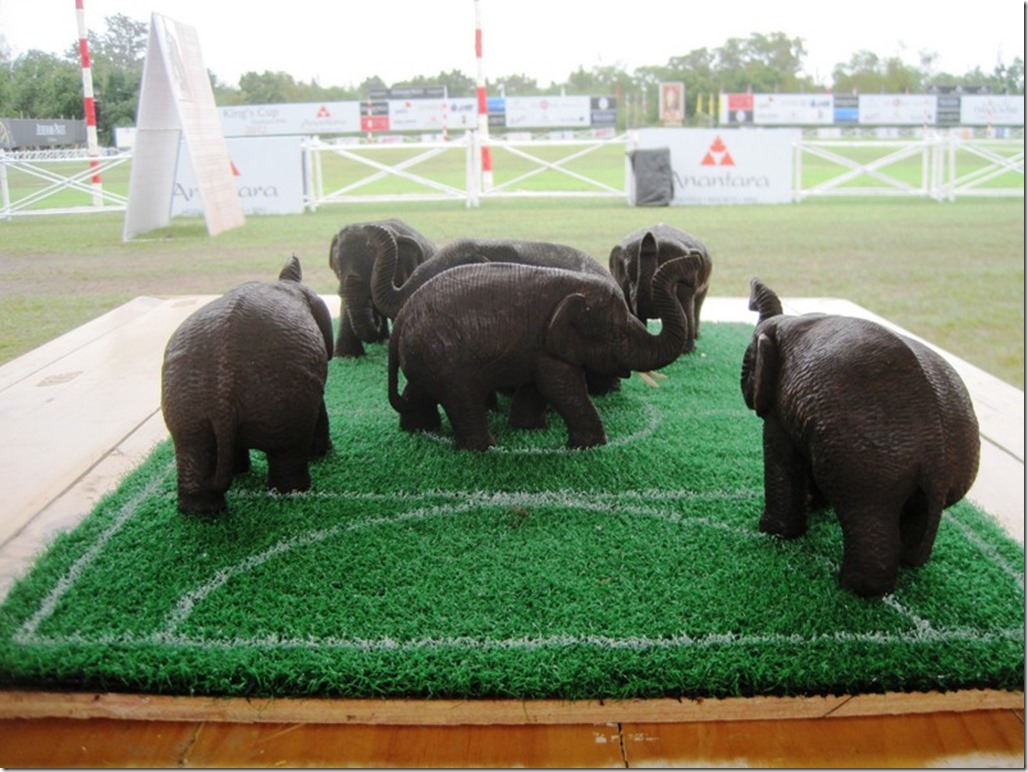 If Ellie the Elephant were at the King’s Cup Elephant Polo tournament, she would have enjoyed playing or watching from the sidelines. 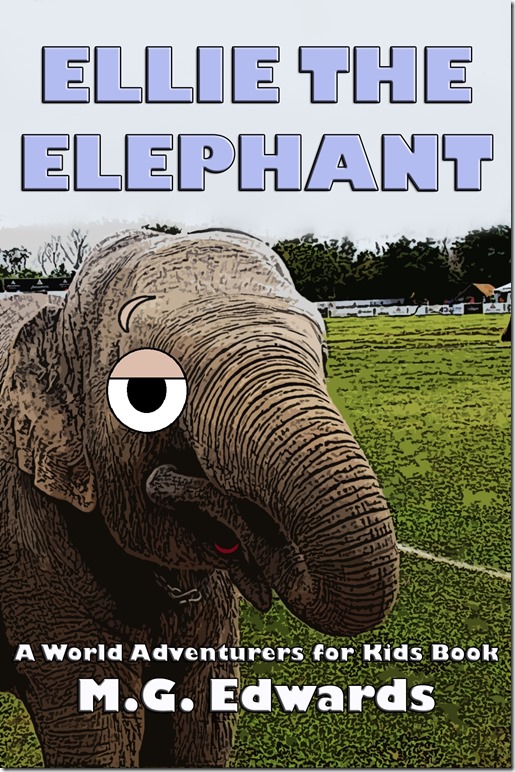 And you would have too! Here’s a video clip of elephant polo in action.

Ellie the Elephant is now available as an e-book or in print from Amazon and other booksellers! Get your copy today!

The Countryside near Hua Hin