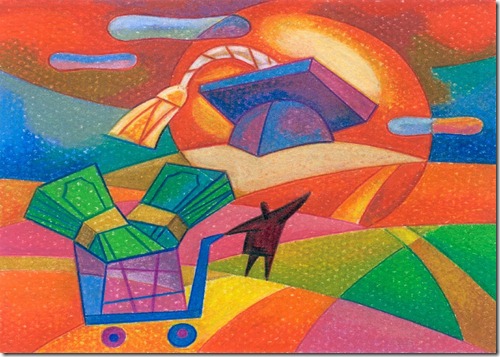 This is a special edition of “Financial Indie” focusing on the upcoming Facebook initial public offering (IPO). Financial Indie is a series of articles designed to help writers finance their careers. If you have an investment question, please post it and I’ll try to incorporate it into a future article.

Almost 900 million people, or almost 13 percent of the earth’s population, use Facebook, the world’s top-ranked social media website, to keep in touch with family, friends and business contacts. Millions of companies and individuals have pages dedicated to promoting a product or themselves. Facebook is, in a word, a Juggernaut (or pick another synonym for “huge”). It is far and away the world’s largest social media website. For many writers, Facebook is an almost indispensable tool to market their books and build their brands.

On Friday, May 18, 2012, Facebook will reportedly sell 422 million shares to the public at U.S.$34-$38 per share in an estimated $15-$16 billion offering. When the shares price late Thursday, they will likely be at or near $38. When they begin trading on Friday, it’s a safe bet that the price per share will at least double given how highly anticipated this offering is. I would not be surprised if shares of Facebook (FB) trade at more than $100 per share by early next week.

The May 2011 IPO of LinkedIn (LNKD), a much smaller social media rival, offers a good road map as to what might happen after Facebook goes public. Shares of LinkedIn rose as much as 171 percent on their first day of trading and closed at $94.25, more than 109 percent above the $45 IPO price. The stock went on to peak above $100 per share the following week and now trades above $110. I expect Facebook to perform as well or better, perhaps trading on Friday at a price higher than that of LinkedIn.

If you use Facebook — and chances are you do — you may be wondering whether you should invest in the social media giant after it goes public. You may be familiar with the site and know what it can do and how powerful it is. You may have also heard the investing adage that you should buy what you know. If you know Facebook, does that mean you should invest in it?

The short-term answer is a qualified “no.” Although Facebook may be a good investment, in the long run, think twice about buying shares immediately after the company goes public. Now, I’m not a naysayer who shies away from hot stocks. I take calculated risks. In August 2004, against the advice of some financially savvy individuals who thought it was overpriced, I purchased shares of Google (GOOG) via Dutch auction for U.S.$85 per share. By late 2008, shares of Google reached almost $715, a sevenfold gain, before dropping to $292 during the 2009 financial crisis. Google now trades at just over $611 per share. Google has been a good investment for me. I have bought and sold Google shares three times and made money each time. Taking a calculated risk on a hot stock can be a lucrative bet if done right.

Facebook’s IPO, however, is nothing like Google’s. When Google went public, it tried to balance the playing field for investors by auctioning off shares to all interested parties, institutional and retail investor alike, at a set price. Facebook is going public via a traditional offering where shares are allocated at face value to a limited number of investors and then sold in the market at whatever price it demands. Unless you’re underwriting the offering or stand to make a mint from going public like co-founder and CEO Mark Zuckerberg, who will make an estimated $20.28 Billion (yes, that’s a “B”) when his company goes public, you’ll be at the mercy of the market when you try to buy your shares. You may try to scoop up some after they go public, but you’ll be bidding along with the well-informed masses who are keen to get in on the action. You and a multitude of other bidders who are desperate to get their hands on the stock will pump up the price to a ridiculously high valuation. The higher it goes, the greater the risk that the price will plummet once interest cools.

I believe that in the long run Facebook stock will be a good investment for those who buy shares at the right price. One way to determine whether to purchase shares of Facebook is to wait until after the company releases its first post-IPO quarterly results. Investors will probably bid up the stock before the earnings results are announced. If they’re good, expect the share price to remain stable or go up slightly; if earnings are a disappointment, the price could fall substantially as investors readjust their expectations. Either way, read the analysts’ reports to see whether they consider Facebook a good long-term investment. Let their analyses, which could range from “strong buy” to “sell,” guide your decision whether to invest.

If you absolutely can’t wait to invest in Facebook, consider buying some shares on the “dip,” a lull in the price that invariably occurs one or two weeks after IPO. That’s when the initial buyers bail out of the stock to lock in short-term gains, bidding down the price.

I plan to buy some shares of Facebook (FB) in the next few months and hold them for the long term, but I will wait for the ideal moment to buy. I can’t tell you when that will be until after the company goes public. I had an opportunity to purchase privately-held shares of the company on the secondary market in the mid-$30s but opted out. Time will tell whether my “go-slow” approach to Facebook — in contrast to my enthusiastic participation in Google’s IPO — is a good move.

Click here to read the previous edition of Financial Indie.