Dear Reader, you may be wondering why I posted frequent updates on the flooding in Bangkok in October and then stopped suddenly in November. Well, there were a few reasons for this.

One, the situation in Bangkok has not changed significantly since the waters first doused the inner city in md-October. In October, we were far less certain about what was going to happen. Now most residents have settled into a routine – if it can be called that when many streets are still flooded and neighborhoods evacuated. The floodwaters have receded a bit, but it will take weeks or even months for the water to disappear. Of course, the flooding is still there and affecting a great many people. Relief efforts in many quarters are still underway, such as this one at an international school in Bangkok. A big congratulations to everyone pitching in all around the country to do their part to help the hundreds of thousands of people impacted by flooding.

Two, I needed a break. I was posting frequent updates to help expats who were impacted by the flood. Unfortunately, by the end of October I was starting to develop a bad case of “flood fatigue.” We were living in non-stop flooding, and I have to admit that I needed to do something else for a change. Anything to get my mind off this disaster. The risk of flooding still exists, but it’s decreased for most of us, and we’ve learned to cope with it. Life is slowly getting back to normal. I will still post updates if they’re important, but like most people, I just want the flooding to go away.

Three, I spent the past two weeks wrapping up my first published e-book now available to purchase from Amazon.com and other websites. It’s called Real Dreams: Thirty Years of Short Stories. Check it out in my previous blog entry.

So, I’m back now. Let me see what else I can blog about that will cure my flood fatigue. 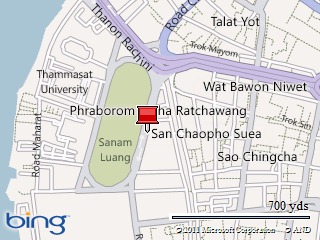 These video clips were shot while driving on Ratchadamnoen Nai, the main road in the center of Bangkok that passes the Grand Palace and Sanam Luang (park). Based on earlier television coverage, the floodwater seemed to be as high as it’s been for the past few days. That’s a good indication that it won’t get worse. 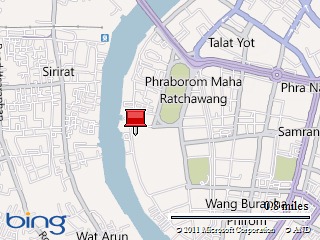