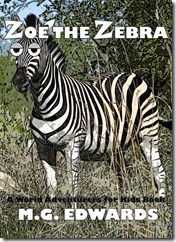 Here are some thoughts and sayings I posted on Twitter and/or Facebook in May. To my knowledge, I made these up (for better or for worse). Sit back, relax, and enjoy the write! 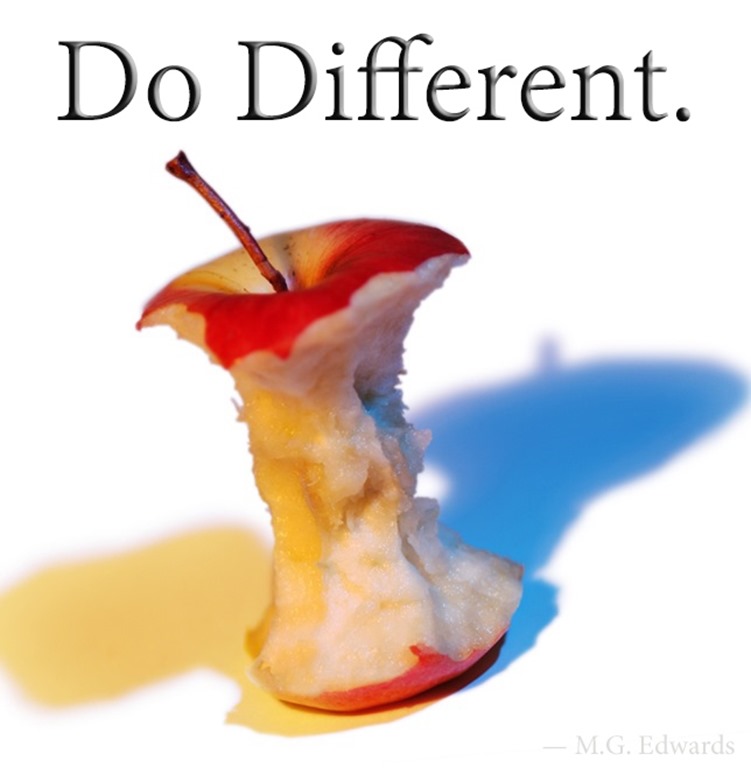 2. I try to work in breaks, but it takes a lot of effort. 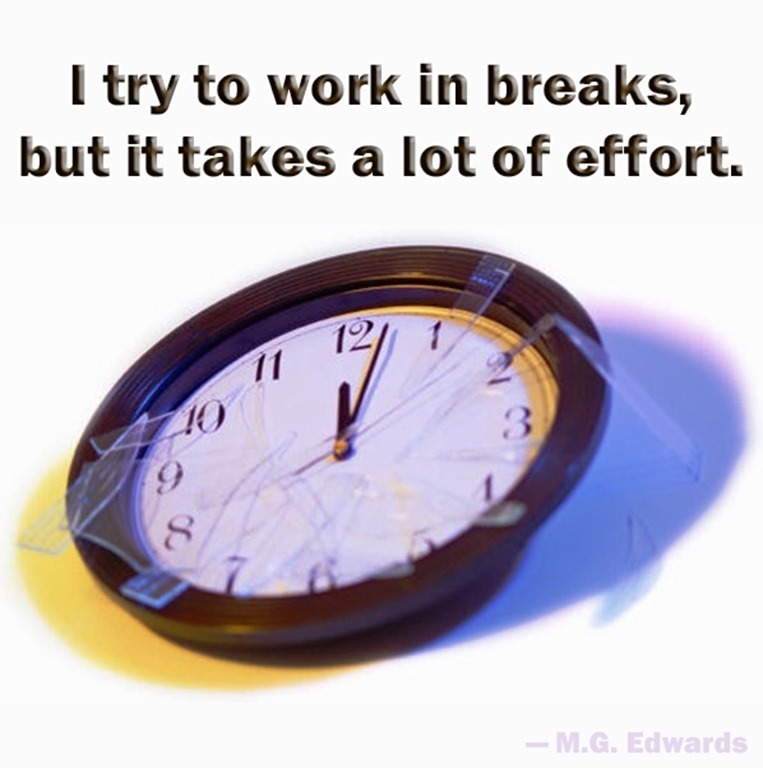 3. Those who do nothing are bound to repeat it. 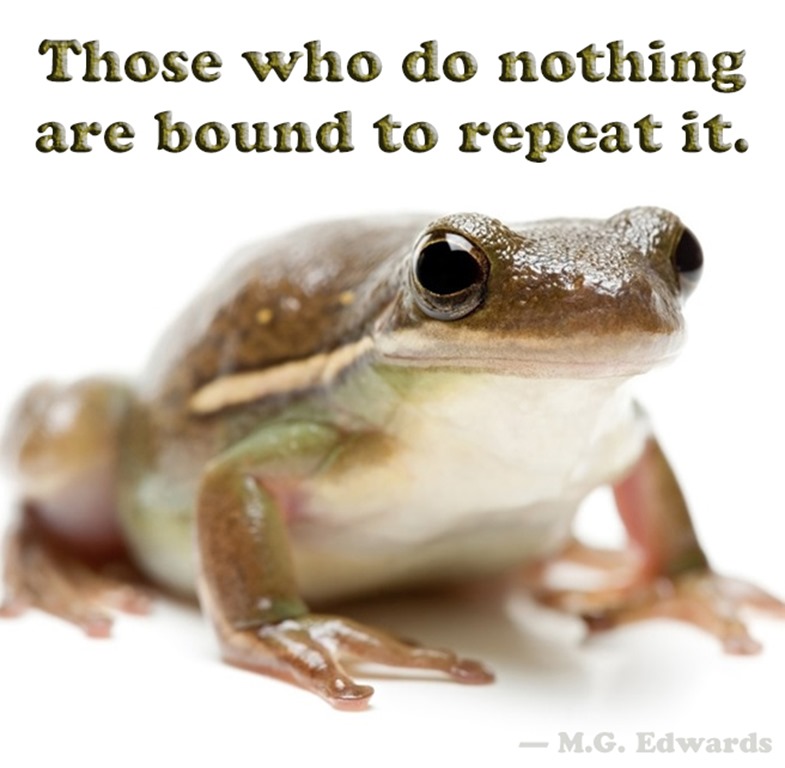 4. Someone who is da bomb really rocks. 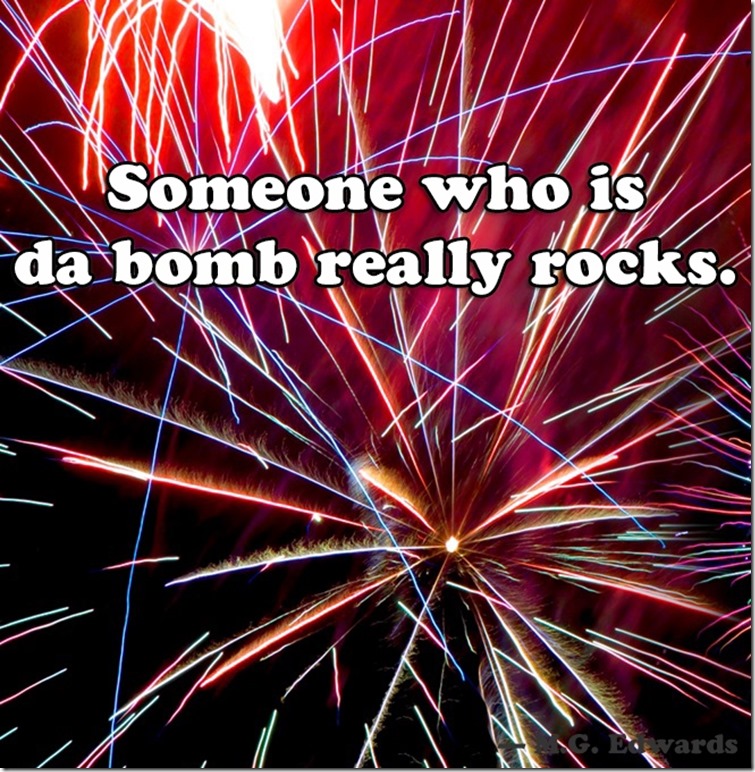 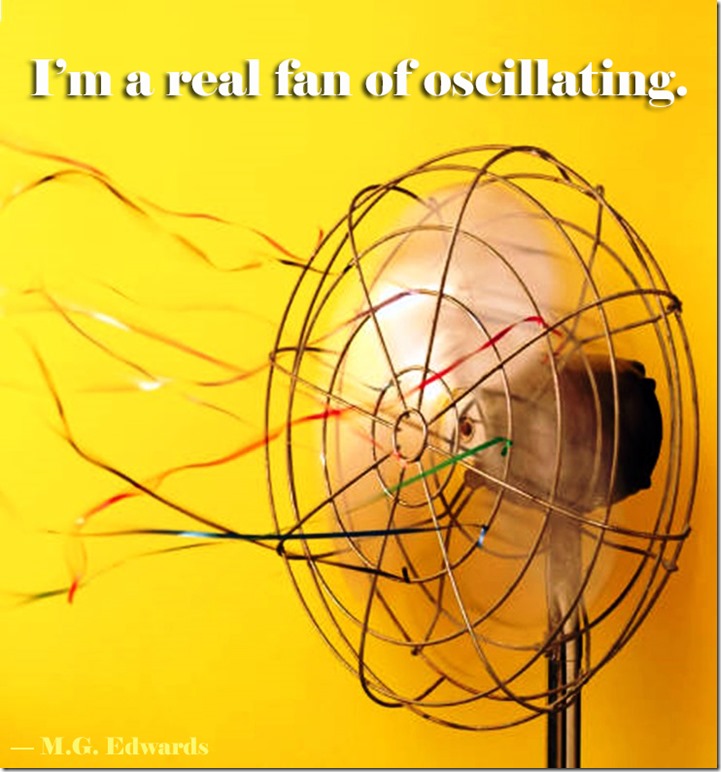 6. Is it okay to mock turtles’ necks? 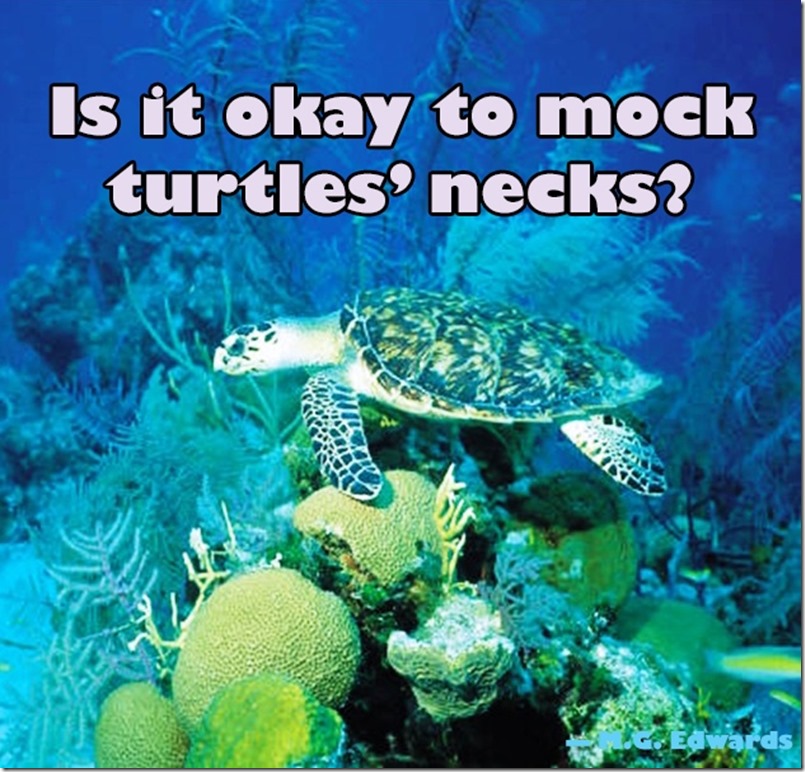 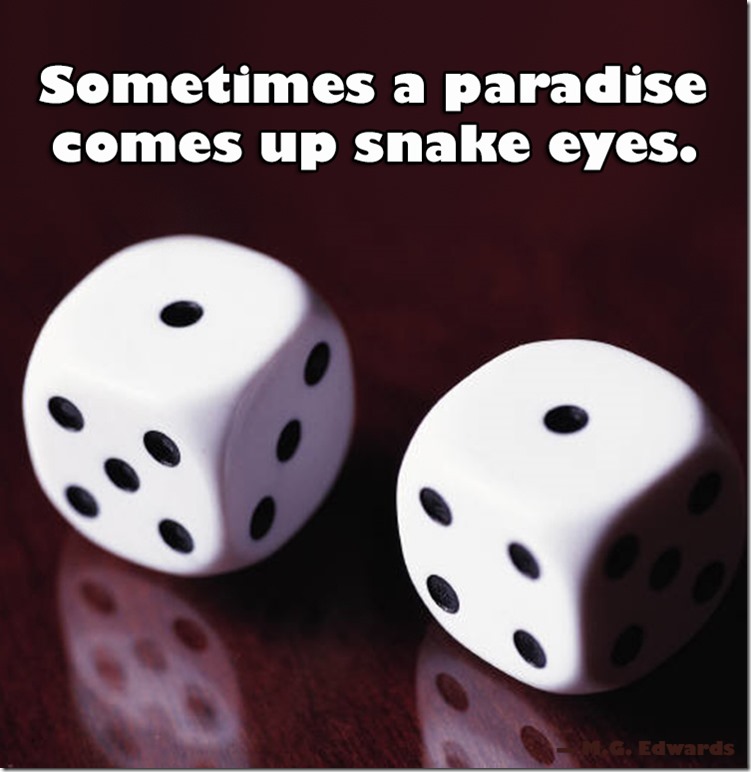 8. If the Beatles were around today, they would release a song called “E-book Writer.” 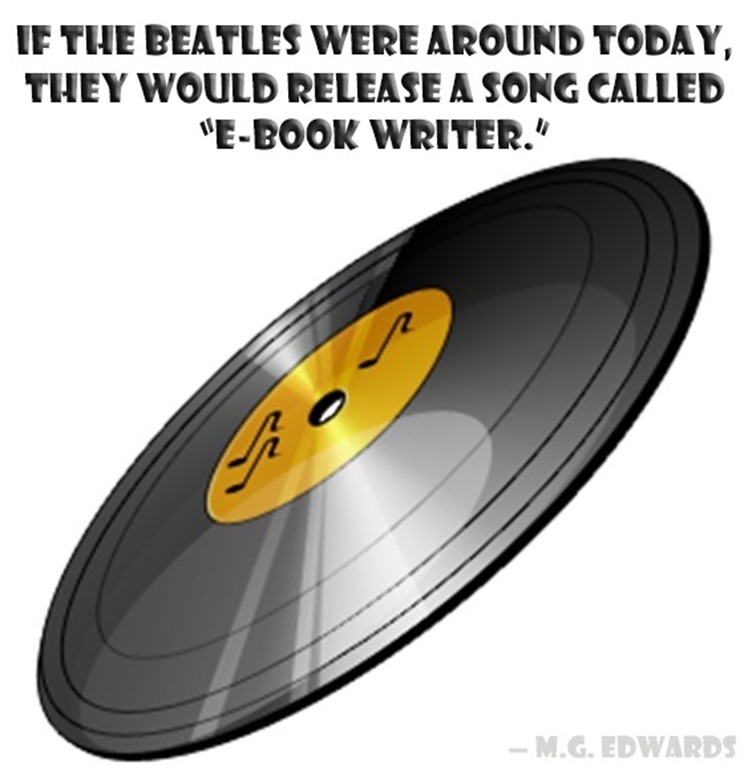 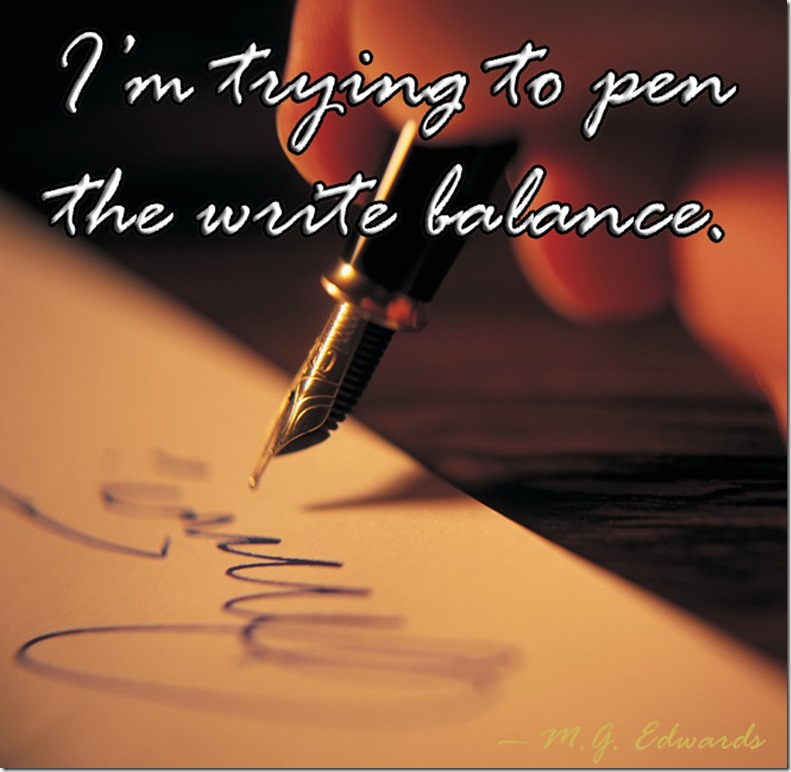 10. This year, remember those who made Memorial Day possible.

11. Today is the mother of all days. Happy Mother’s Day! 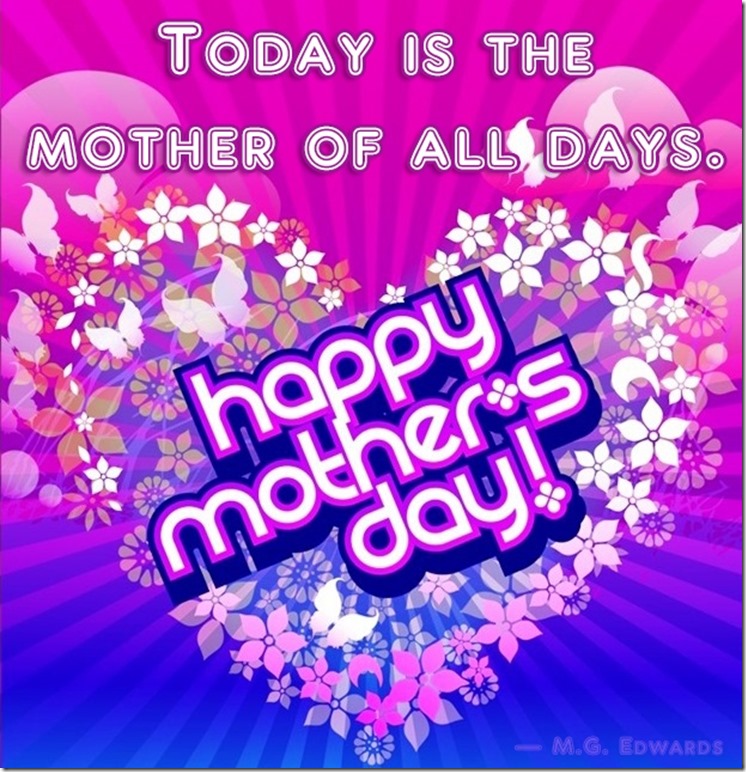 12. I trademarked the pronoun “I.” Using it as a letter is permitted under fair use. 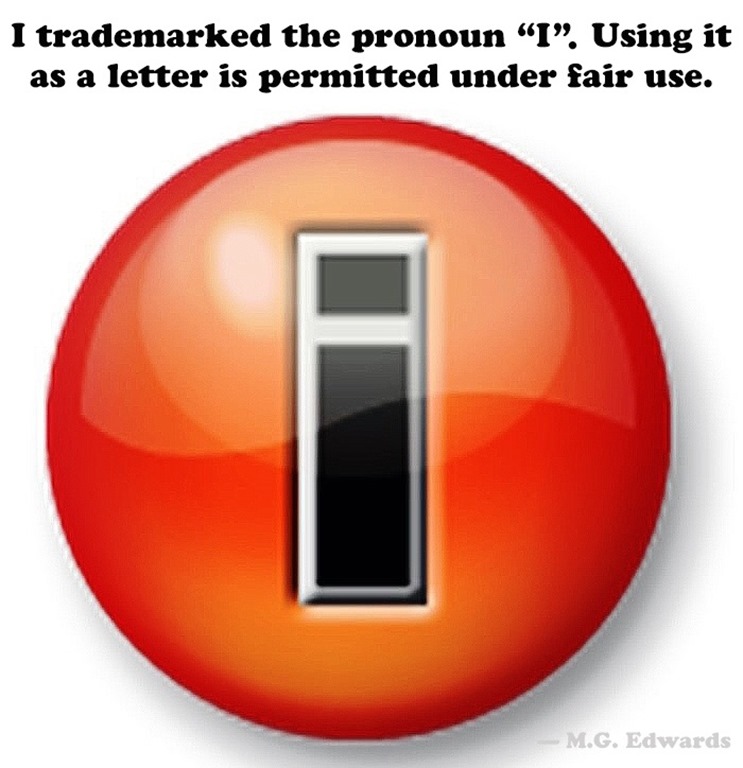 13. I seem to have fallen off the face of the Earth. It’s definitely better than the rear. 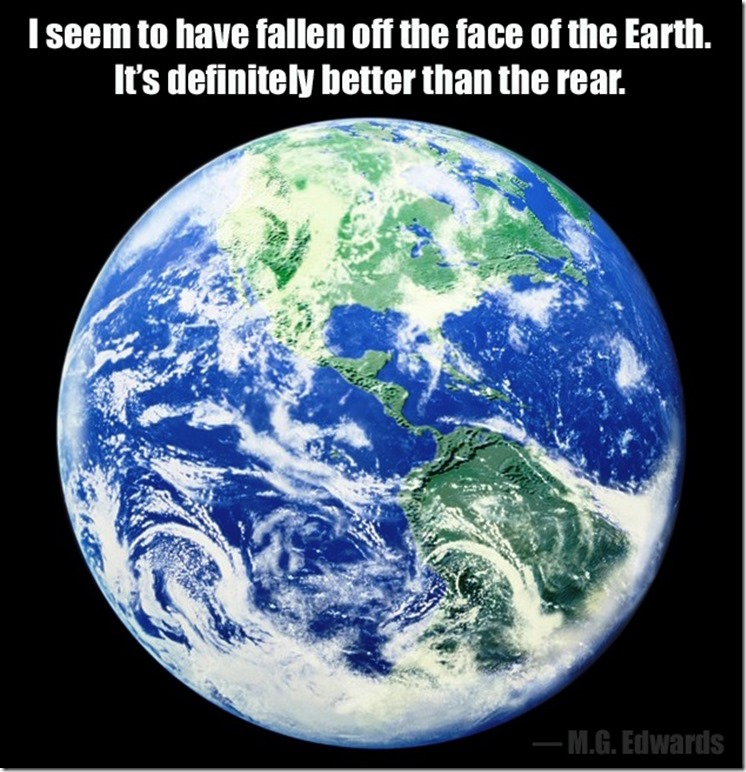 M.G. Edwards is a writer of books and stories in the mystery, thriller and science fiction-fantasy genres. He also writes travel adventures.

He is author of Kilimanjaro: One Man’s Quest to Go Over the Hill, a non-fiction account of his attempt to summit Mount Kilimanjaro, Africa’s highest mountain, and a short story collection called Real Dreams: Thirty Years of Short Stories. He also wrote and illustrated three books in the World Adventurers for Kids Series: Alexander the Salamander, Ellie the Elephant and Zoe the Zebra.

Edwards graduated from the University of Washington with a master’s degree in China Studies and a Master of Business Administration. A former U.S. diplomat, he served in South Korea, Paraguay, and Zambia before leaving the Foreign Service in 2011 to write full time. He lives in Bangkok, Thailand with his wife Jing and son Alex.

His books are available in e-book and print from Amazon.com and other booksellers. For more books or stories by M.G. Edwards, visit his web site at www.mgedwards.com or his blog, World Adventurers. Contact him at me@mgedwards.com, on Facebook, on Google+, or @m_g_edwards on Twitter.

Al Jazeera in Talks to Purchase ‘The Onion’

Qatar-based Al Jazeera is in negotiations to purchase a majority stake in The Onion, a popular U.S. news source.  Al Jazeera spokesman Jihad Ballout refused to confirm the network’s interest in purchasing the media company, citing regulatory concerns in advance of its upcoming initial public offering.

The company is interested in establishing an international media presence.  It has also been in talks with London-based The Guardian to purchase a minority stake.  The Onion, a weekly news publication read by millions in print and online, is one of the most popular news sources among 18-35 year olds in the U.S.   Sources indicated that two companies are in the advance stage of negotiation, although negotiations in recent days have been delayed by disagreement over whether ‘The Onion’ would keep its name or change it to ‘Al Onion.’

Officials at Guantanamo Bay confirmed that recent prisoner abuse scandals have significantly depressed tourism in the U.S. enclave.  Tourism had been robust in recent years as hundreds of Americans and other visitors visited the small site in southeast Cuba.  Tourism increased with the launch of Guantanamo Bay’s “See the Other Cuba” marketing campaign in 2003 and the increasing popularity of the site’s “Naval Reservation Boundary” tour.  In 2003 344 tourists visited Guantanamo Bay.  By 2004 tourism dropped to just 217, a decrease of 63%.  Officials believe that tourism may recover to its previous level once the scandals have been resolved.

Korean film star Bae Yong Jun, affectionately known as ‘Yonsama’ and ‘BYJ’ to his legions of fans, may be filming his last film.  The star of the popular “Winter Sonata” drama series is currently filming the highly anticipated film, “April Snow.”  When asked by reporters about his future plans, the star responded, “I’m not sure.  I might try telemarketing.  People say I have a great voice for it.”

Fans worldwide were shocked and dismayed by the revelation that Bae might leave acting.  Distraught Yonsama fan, Yuri Kurasawa of Fukuoka said, “I don’t know what I’ll do if Yonsama retires.  They can have Dokto [Islands]—just let us have Yonsama!”

“I love BYJ.  Where will he work?  I want to call him!” asked Kim Haejin of Seoul.

Bae’s “Winter Sonata” series contributed over $1.1 billion in Korean-Japanese trade in 2004 and has become a popular contraband item in North Korea.

Director George Lucas has been mum on the subject, but unidentified sources close to the filming of “Revenge of the Sith” confirm that the character of Senator Palpatine, also known as Darth Sidious, is Anakin Skywalker’s father by birth.  Skywalker, better known as Darth Vader, has long been associated with immaculate conception by his mother.  Because fans reacted favorably to the revelation that Darth Vader was Luke Skywalker’s father in the movie “The Empire Strikes Back,” Lucas decided to use the same strategy in filming his latest installment in the saga.

“We needed to do well with this film because the last two did so poorly.  We believe this will help bring back the magic of the first three films.  George [Lucas] still regrets writing Jar Jar Binks into the script,” the source confirmed.  “If we throw in Chewbacca, Luke and Leia, why not make Palpatine his dad?  We’re still trying to figure out how to write Han Solo as a baby into the script.”

The American Civil Liberties Union announced today that it welcomes anyone who believes they are a potential victim of April Fool’s Day to contact the civil rights organization.  The ACLU will prepare cases for eligible claims in an effort to stamp out the common household and office practice.  If you believe you have wrongly duped by an April Fool’s Day joke and seek redress, contact the ACLU at 968-3665 (YOU-FOOL).