Here’s a video clip of some amazing firework displays in Shanghai, China at midnight on January 23, 2012, to celebrate the arrival of the Chinese New Year. This year, the Year of the Dragon, is a special one for the Chinese, and this New Year’s celebration was truly memorable. Happy New Year! 新年快乐! 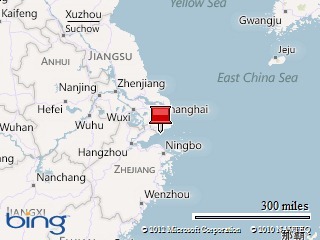 Happy Chinese New Year!  It’s also Seol-nal, or Korean New Year.  Both holidays are based on the lunar calendar.  This year is the Year of the Dog in the Chinese Zodiac, the 7th year in the current 60-year cycle.  As a Dog, I’m happy that my year has come once again.  However, I am also reminded that I’m getting older and heading rapidly towards the realm of Tol, or the age of wisdom, as the Koreans politely call one’s 60th birthday.  You know you are old…err, wise, after you complete five Zodiac cycles.  Celebrations across China today were very festive, with the Chinese incinerating over $124 million in fireworks across the country (talk about money going up in smoke!).  Sales of dogs as pets noticeably increased in China with the advent of the Year of the Dog, with many people giving them away as new year’s gifts to families and friends.  Here in Korea, the celebrations seem to be a bit more muted than in China.  While families in both countries gather from far and wide to celebrate the new year, Chinese are much more apt to celebrate the occasion with noise makers.

I get a lot of e-mail about the Chinese calendar. I once got an e-mail from a greeting cards company who needed to know which year 2000 would be in the Chinese calendar. The answer is that the Chinese do not have a continuous year count. They started counting from one again with each new emperor. However, some scholars tried to reconstruct ancient Chinese chronology by adding up years of reigns, much the same way some westerners in the past tried to reconstruct Biblical chronology. Some claim that the calendar was invented by the Yellow Emperor,Huángdì (黄帝)), in 2637 BCE in the 61st year of his reign. However, others prefer to start the count with the first year of his reign in 2697 BCE. Since these years are 60 years apart, it follows that 1984 was the first year of either the 78th or 79th 60-year cycle. Using this as a starting point, Chinese New Year in 2000 marks the beginning of the Chinese year 4637 or 4697. To give you an example of the level of confusion on this point, in Chapter 3 of Volume III of the translation of the Shoo King (Shūjīng, 书经) by James Legge, he refers to the current year, 1863, as being in the 76th cycle, implying a starting point of 2697 BCE. However, the book has an appendix on Chinese astronomy, written by John Chalmers, where the starting point is taken to be 2637 BCE! Chalmers actually writes 2636 BCE, but that really mean -2636, using the astronomical year count, where 1 BCE is year 0, 2 BCE is -1, etc. This is fairly typical of the level of confusion about the continuous year count in the Chinese calendar, and simply illustrates the fact that the continuous year count is not an integral part of the Chinese calendar, but rather an afterthought. While there isolated incidents of Chinese scholars who have used it, it only gained popularity with the Jesuit missionaries. Most of the people who use it are Westerners who refuse to believe that it is possible to have a “civilized” society without a linear, continuous year count. That’s why I told the greeting cards company to stick with calling it the year of the Dragon!

To add to the confusion, some authors use an epoch of 2698 BCE. I believe this because they want to use a year 0 as the starting point, rather than counting 2697 BCE as year 1, or that they assume that the Yellow Emperor started his year with the Winter solstice of 2698 BCE. In particular, this system was used by Sun Yat-sen (孫逸仙, Sūn Yìxiān or 孫中山, Sūn Zhōngshān, 1866–1925). He and other political activists wanted to use a republican and “modern” year numbering system. This system actually won some acceptance in the overseas Chinese community, and is for example used occasionally in San Francisco’s Chinatown. (At least around the time of Chinese New Year!)

However, let me stress again that using an epoch is not the traditional way of counting years in Chinese history. The traditional way was to use emperor’s era name (年号 [年號], nían hào) together with the 60-year cycle. In the past, the emperor would often change his era name during his reign, but by the time of the Míng and Qíng dynasties, the emperors would use the same era name for their whole reign. This system worked well most of the time, but the Kāngxī Emperor (康熙) ruled more than 60 years. He ruled from February 7, 1661 to December 20, 1722. Since Chinese New Year fell on January 30 in 1661, the first year of his reign started on February 18, 1662, and the last year of his reign ended on February 4, 1723. Since both 1662 and 1722 are rényín years, the term Kāngxī rényín (康熙壬寅) is ambiguous. However, this is the only such problem in Chinese history. His grandson, the Qiánlóng Emperor (乾隆) ruled from October 18, 1735, to February 8, 1796. The first year of his rule started on February 12, 1736, but he chose to retire on February 8, 1796, as a filial act in order not to reign longer than his grandfather, the illustrious Kāngxī Emperor. Despite his retirement, however, he retained ultimate power until his death in 1799.

It is well known that the 60-year cycle was introduced during the Hàn Dynasty, so it came as something of a surprise when scholars realized that the 60-day cycle had been in use in the Shāng Dynasty (商朝, 1600–1046 BCE). This shows that the two systems are independent, and there is no point looking for an ancient origin with a (甲,子) day in a (甲,子) month in a (甲,子) year in either 2637 BCE or 2697 BCE. I should also point out, that while Chinese chronology is fairly reliable going back to 841 BCE, and oracle bones with date inscription go back to the 13th century BCE, modern scholars consider the Yellow Emperor to be a mythological figure. So this whole discussion of ancient dates is just a curiosity.

Still, it should be possible for scholars to determine the number of lunar cycles in the Chinese calendar and determine which lunar cycle we are currently celebrating.  Are we celebrating the 78th or 79th lunar cycle?  We don’t really know.  It depends on when the first lunar cycle began.  It seems most logical to me that that would be at the start of the reign of the Yellow Emperor, China’s first emperor, in 2697 B.C.  That would indicate that we are in the midst of the 79th lunar cycle.  That would indicate that this year is year 4704 according to the solar calendar.  Because there are other variables involved, it’s an exercise in futility to precisely determine a date.  Nevertheless, as a westerner, it’s nice to know what year we’re celebrating!  An Asian would answer, It’s the Year of the Dog, of course!  Quit worrying about the date.